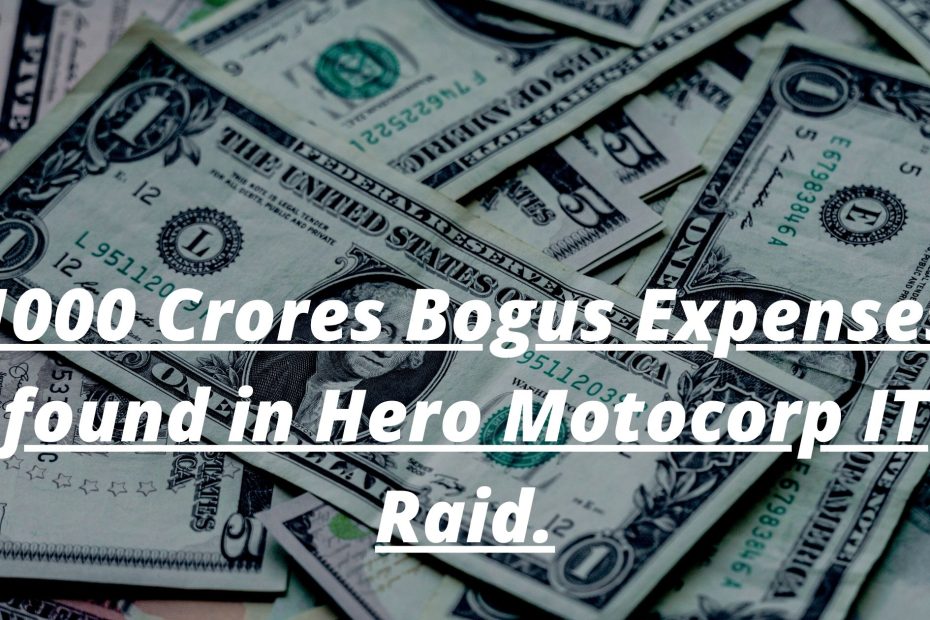 Hero MotoCorp, the iconic two-wheeler manufacturer, is facing difficulties these days. According to the Income Tax Department, the auto sector behemoth was captured in raids with such expenses totalling Rs 1,000 crore that were never carried out in fact. In transactions involving Rs 100 crore for a farmhouse in Delhi, several irregularities were discovered.

Trouble Mounts in for Pawan Munjal

The Income Tax Department has recovered evidence in the form of hard copy documents and digital data during previous raids, according to news agency ANI. The two-wheeler company made illegal purchases, spent unauthorised currency, and spent Rs 1,000 crore, according to evidence.

The I-T department has also discovered evidence of cash transactions totaling over Rs 100 crore in the acquisition of a farmhouse on the outskirts of Delhi. Munjal purchased a farmhouse in Chhatarpur, where the market value was adjusted to avoid paying taxes and Rs 100 crore in black money was spent in cash, in contravention of Section 269 SS of the IT Act.

The Income Tax Department inspectors inspected our two offices in Delhi and Gurugram. They also inspected the house of our Chairman and CEO Pawan Munjal,’ the business stated in a statement. We’ve been told that this is just a standard check-up, which happens towards the conclusion of the fiscal year.