11 Year old child locked with 22 stray dogs in a room in Pune. 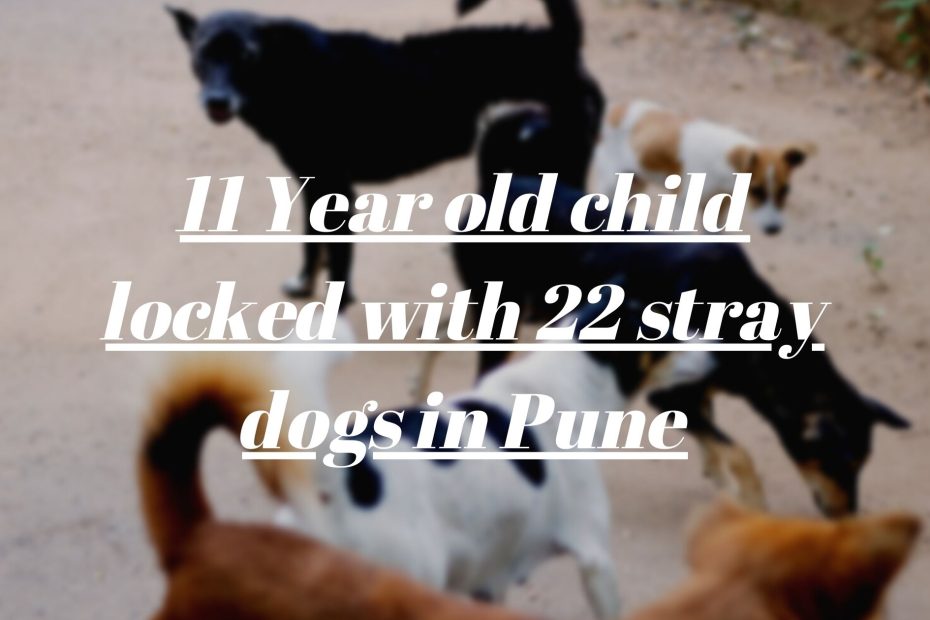 In Pune, Maharashtra, a horrifying incident has surfaced. A couple has been charged for confining their 11-year-old child in an apartment room with 22 stray dogs, according to the police. The case is filed at the Kondhwa Police Station in Pune under the Juvenile Justice Act.

Local residents informed the police of the child’s condition. After that, the neighbours turned to an NGO called Danyan Devi Child Helpline for assistance. The police learned about the situation from here. “We had received information from an informer that a youngster was being kept locked up in the apartment in Kondhwa,” says Anuradha Sahasrabuddhe of the child helpline. The child appeared to be mentally disturbed, as seen from the apartment window.

When NGO employees arrived at the flat, it was locked from the outside, according to Sahasrabuddhe. However, the child and the dogs were inside. Dog skeletons were also discovered in this flat. Even the dogs’ excreta was not cleaned out of the rooms. The child was held in appalling conditions.

The boy had been kept with the dogs for two years, according to NGO officials. His mental development suffered as a result of this. It was also discovered that he had begun to act like a dog, for which he was barred from attending school. In such a case, the NGO has asked counselling for the child in addition to his therapy. The child’s father owns a store and his mother is a graduate, according to an NGO representative. They claim to love dogs, which is why they kept these animals in their home.

NGO officials also alleged the carelessness of police official in this matter. Anuradha Sahasrabuddhe alleges “Our workers met with the child’s parents and requested assistance from the police several times. The child was also saved. However, the cops refused to file a case. The police opened an investigation after we contacted the Child Welfare Committee (CWC) about the situation”.