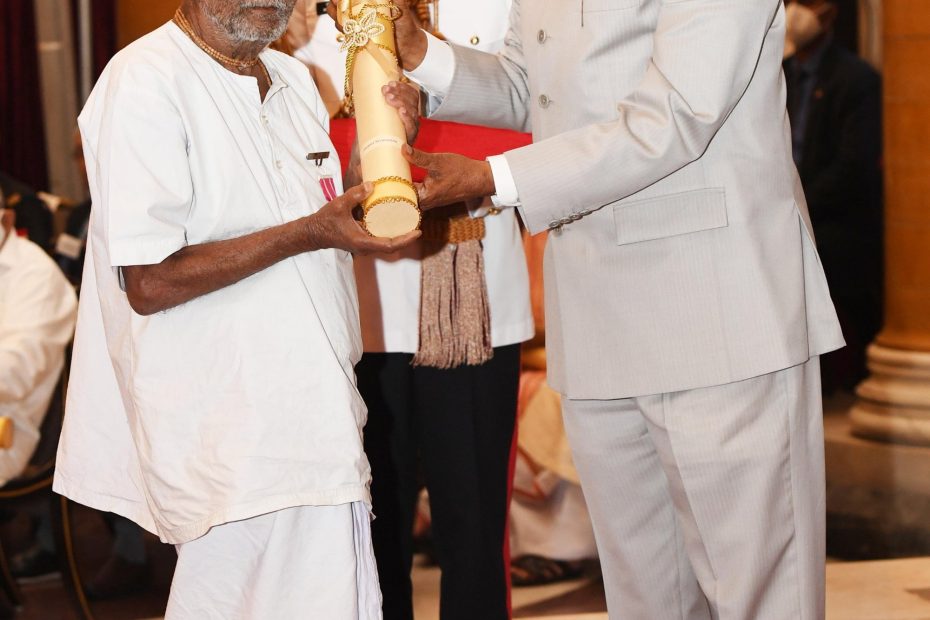 On the night of Republic Day, on January 25, the Central Government announced the Padma Awards. There were 128 names chosen. On Monday [March 21st], President Ram Nath Kovind awarded the Padma recipients with medals and diplomas. Swami Sivananda, who received the Padma Shri award for his service to Yoga, is one of the 128 names on the list. He got a round of applause as he entered Rashtrapati Bhavan’s magnificent Durbar Hall barefoot.

When 125-year-old Swami Sivananda of Varanasi appeared to accept the Padma Shri, he did something that elicited acclaim from the entire auditorium. Before accepting the award at Rashtrapati Bhavan, Swami Sivananda bowed his head three times. In front of Prime Minister Narendra Modi, the yoga guru first bowed down. Following that, the Prime Minister bowed respectfully to him. Swami Sivananda then bowed before the President as he accepted the medal. In the meantime, President Ram Nath Kovind raised him and honoured him.This went viral all over the internet praising the simplicity of the 125 year old Guru.

Swami Sivananda was born on August 8, 1896, in the undivided Indian district of Sylhet . At the age of six, Swami Sivananda lost both his mother and father. He lived his youth in abject poverty. He was taken to his Guruji’s ashram in Nabadwip, West Bengal, after his parents died. Guru Omkarananda Goswami brought him up there. Without any formal education, he provided Swami Sivananda with every practical and spiritual education, including yoga.

Swami Sivananda has received numerous honours, such as the Yoga Ratna Award in Bengaluru, which he received in 2019. Not only that, but on World Yoga Day he was the most senior performer in the Yoga demonstration. Respect Age International presented him with the Vasundhara Ratan Award for her contributions to society. Swami Sivananda has been serving 400-600 leprosy-affected beggars in Puri for the past 50 years by personally visiting them in their huts. During Covid he staunchly promoted Covid vaccine by personally taking a jab of it.