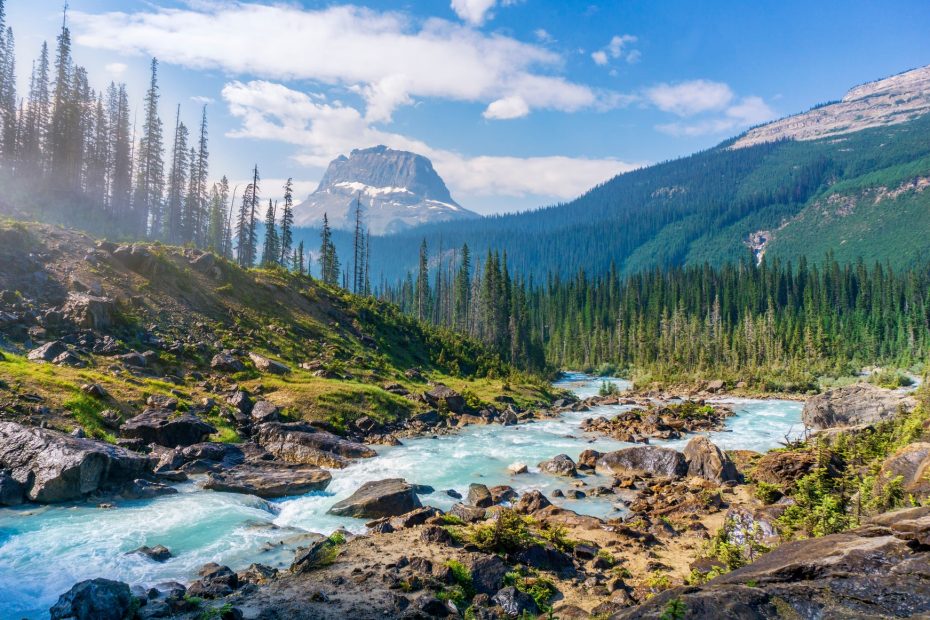 Located at an altitude of more than 6,000 feet, Eravikulam National Park is home to many rare species of flora and fauna. The park covers an area of around 497 square kilometers and can be reached by road from Munnar. In addition to its beautiful landscape, Eravikulam National Park in India also boasts a variety of wildlife. Safari drivers here should be well acquainted with species like Nilgiri Tahr (mountain goat), grizzled giant squirrels, barking deer, bonnet macaques, and elephants. Forest safaris are offered here as well as a range of accommodation options.

The Nanda Devi National Park in India  is one of two parks part of a UNESCO World Heritage Site located along an east-west line between Almora and Pithoragarh. The Kumaon Hills, where many Himalayan animals can be found, lies north. Westwards along its boundary lie Nainital and other valleys. To its south lies the Garhwal region, which is bounded by either side of the Kali River. Nanda Devi (Goddess Nanda) refers to one of several Hindu goddesses associated with fertility.

To know more about Nanda Devi national park refer to the link below :

Located in the Upper Subansiri district of Arunachal Pradesh, Mouling National Park is a paradise for wildlife lovers. With high altitudes and dense forests, it supports a variety of species, including over 100 mammals, 438 birds, and 21 reptiles. Some popular animals are elephants, tigers, leopards, and others. Located at an altitude of 6200 feet above sea level, these national parks have magnificent views and breathtaking sights to attract tourists who enjoy their exotic location. The best time to visit Mouling National Park in India is during the winter season as the temperature drops down to around 6 degrees, making it excellent for visitors coming from summers.

To know more about Mouling National park refer to the link below :

Spread across parts of Garhwal and Kumaon, Rajaji National Park was established as a hunting reserve, and In 1983, it was officially declared a national park and wildlife sanctuary. One hundred twenty-three species of mammals, 587 birds, 78 reptiles, and 34 amphibians have been recorded here. If you’re visiting between October and March (the best time to see snow leopards), pack your binoculars for sightings of blue sheep, Himalayan black bears, and musk deer. It is one of the best national parks in India.

One of 10 must-visit national parks in India, Bandipur National Park boasts of tiger, leopard, and elephant sightings. This sanctuary is known for abundant birdlife and trees, including sal, teak, and mahogany. The park has a resident population of more than 200 species. You can also see endangered species like Great Indian Rhinoceros and Gaur (Indian Bison). It is located about 133 km from Coimbatore. Another major highlight is that it hosts three main rivers: Kabini, Chaliyar, and Bhavani.

Located in Corbett, Uttarakhand, it is a national park in India covering an area of 836 km2 and was established in 1936. The park, which borders Uttar Pradesh’s Ramnagar and Haridwar districts, is famous for its tigers and other wildlife, including leopards, sloth bears, barking deer, etc. Apart from tigers and leopards, it also has various birds like storks, owls; herons; peacocks; falcons, etc. It is home to many endangered animals like blackbuck, Indian gazelle, golden jackal, blue bull, etc. It also has various flora spread across dense sal forests with lush green trees surrounded by grasslands teeming with wild animals.

To know more about Jim Corbett National park refer to the link below :

Anshi National Park is home to tigers and other wild animals. The park has a well-preserved wilderness with plenty of rivers, waterfalls, lakes, and meadows. There are also more than 400 species of birds living within its boundaries. One downside is that Anshi has limited accommodation options, making it difficult for travelers to access them. However, a journey through Anshi national park in India makes up for any hardship experienced during your stay here.

Natural beauty lies in its northern and western sides, while waterfalls, rivers, and a wildlife sanctuary are some of its biggest attractions. The park offers several opportunities for sightseeing like boating, trekking, and wildlife tracking, among others. Periyar is also home to rare species of flora and fauna. It attracts tourists from all over the world who come here to enjoy the natural splendor of Periyar National Park in india. This park is named after a famous freedom fighter who devoted his life to India’s freedom struggle. The best time to visit Periyar National Park is from September to November as it gets scorching during summertime.

The Nameri National Park in India is located in the Tinsukia district of Assam and boasts of a fantastic diversity of flora and fauna. Spread across 1,212 sq km, Nameri National Park features a unique ecosystem, comprising sal (Shorea robusta) and bamboo forests interspersed with grasslands, forming one of its most important natural features. The unique biodiversity includes birds like black-throated green warbler, greater racket-tailed drongo, and wreathed hornbill. In contrast, mammals include flying squirrels (budomol), spotted deer (bharal), barking deer (muntjac), and Asiatic wild dogs. The endangered Indian elephant can also be found here from time to time, making it all worth your visit.

To know more about nameri national park refer to the link below :

This national park is home to many Kashmir Stag; Dachigam National Park in india  has plenty of nature and wildlife for visitors to explore. This park is also where you can find some of Kashmir’s most breathtaking mountain scenery. The area also has a rich history that stretches back more than 500 years when it was used as a hunting preserve by Mughal Emperors and subsequent rulers. If you are looking for a great place to get away from city life or are interested in trying your hand at something new, Dachigam is worth exploring.

Just 30 kilometers from Bangalore, Bannerghatta offers one of the best places to spot elephants. Plus, tigers and leopards live here too. It’s part of a larger protected forest area known as Nalanda. The park itself is mainly grassland with pockets of dense forest interspersed throughout. Interestingly, it has one of India’s few remaining tiger reserves where you can see big cats roaming free. Bannerghatta national park in India is great for nature lovers and provides some exceptional wildlife encounters—and it’s easy to get to since it sits just outside of major Indian cities like Chennai, Mumbai, and Delhi. So if you want a taste of rural life combined with access to extensive city amenities, this could be your perfect home away from home!

Kanha National park in India is home to various wildlife, including Bengal tigers and Indian gaur. Many of its animals were orphaned as cubs by villagers who hunted them for food, which means they’re a little out of practice hunting down their food. Because of that, rangers go out into protected areas and act as live bait to lure animals toward them so they can grab some meat.

To know more about Kanha national park refer to the link below :

Pinned to a mountain near Jabalpur is one of India’s most beautiful national parks in India. The national park is spread over an area of 3,739 square kilometers. Located around 460 kilometers away from Delhi, Pench was formerly known as Seoni-Malwa District. In 1990, it was renamed after Jawaharlal Nehru and declared a tiger reserve. According to Indian conservation laws, a particular area can be declared a tiger reserve only if it has a population of at least 25 tigers. Other conditions are also met. Pench fulfills all these criteria and is one of India’s best national parks.

The jewel of Assam, Kaziranga national park in India, is a protected reserve for Bengal Tigers, one-horned rhinos, and elephants. It’s pretty much guaranteed that you’ll see some animals (the park is home to more than 2,500). One rhino once charged my car with its horn scraping against it. Herds of deer were everywhere, and birds darted across fields. You can spot four kinds of turtles here: Indian roofed turtle, South Asian river turtle, hissing cockroach, and pig-nosed turtle—Jharia’s are one of only two freshwater nesting sites for these critters in Asia. Walking or driving through Kaziranga without a guide is illegal; rules must be obeyed to preserve these natural wonders!

For more of the Travel articles from our website, try out the Travel Category.