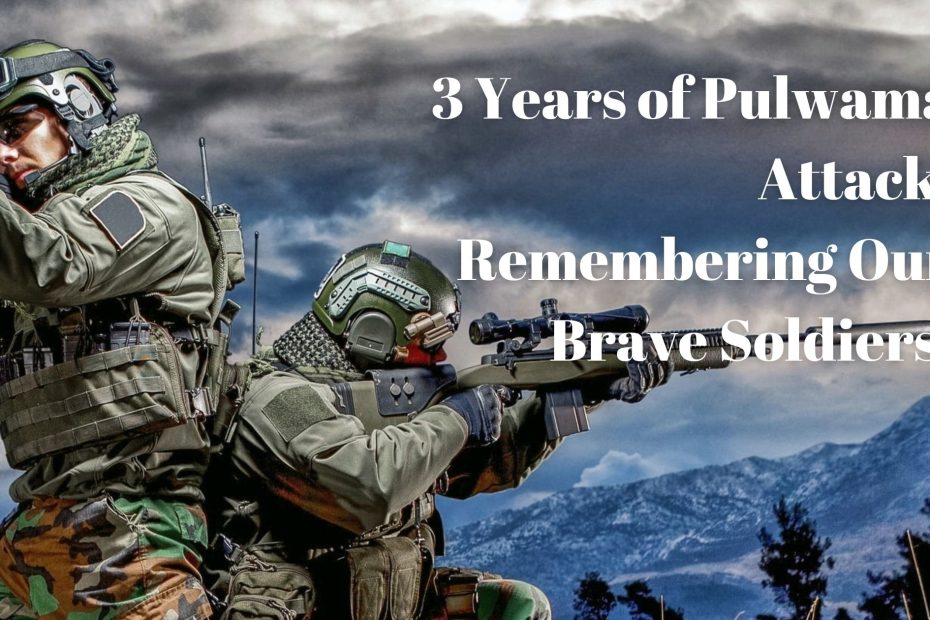 40 Indian Bravehearts were slain three years ago in one of the bloodiest terror strikes on security forces in history, bringing India and Pakistan dangerously close to war. After a barbaric strike from Pakistan, every Indian shed tears on that sad day.

A suicide bomber from the Pakistan-based Jaish-e-Mohammed (JeM) terror organisation struck a CRPF convoy in Jammu & Kashmir’s Pulwama area on February 14, 2019. The incident resulted in the deaths of 40 people.

At around 3:15 p.m., an explosives-laden automobile collided with a vehicle carrying multiple CRPF agents, resulting in a tragic explosion. The attack resulted in the deaths of 40 CRPF soldiers on the spot, as well as the injuries of several others. Jaish-e-Mohammad claimed responsibility for the incident shortly after it occurred, uploading a video of the assailant, Adil Ahmad Dar, a 22-year-old male.

How India Fought Back ?

Tensions between India and Pakistan have risen since the heinous incident. The security forces have been granted authority to select the timing, location, and manner of their response to the Pulwama terror incident, according to the Prime Minister. After that, India carried out a counter-terror airstrike against a JeM training camp. IAF jets targeted the Jaish-e-Mohammad (JeM) terror camps in Balakot, Khyber Pakhtunkhwa, Pakistan, in the early hours of February 26, 2019, in retaliation for the Pulwama terrorist assault.

Prime Minister Shri Narendra Modi “I pay homage to all those martyred in Pulwama on this day in 2019 and recall their outstanding service to our nation. Their bravery and supreme sacrifice motivates every Indian to work towards a strong and prosperous country”

Opposition Leader Rahul Gandhi “We can never forget the martyrs of Pulwama. The sacrifice of them and their families will not go in vain – we will take the answer” Jai Hind

Home Minister Amit Shah “Heartfelt tribute to the brave jawans of @crpfindia who upheld the sovereignty of the country by making their supreme sacrifice in the cowardly terrorist attack of Pulwama. The nation will always be indebted to your sacrifice.

Similarly many other leaders saluted the bravery of our soliders and condemned terrorism.