38 Convicts Gets Death Sentence in the Ahmedabad Bomb Blast Case 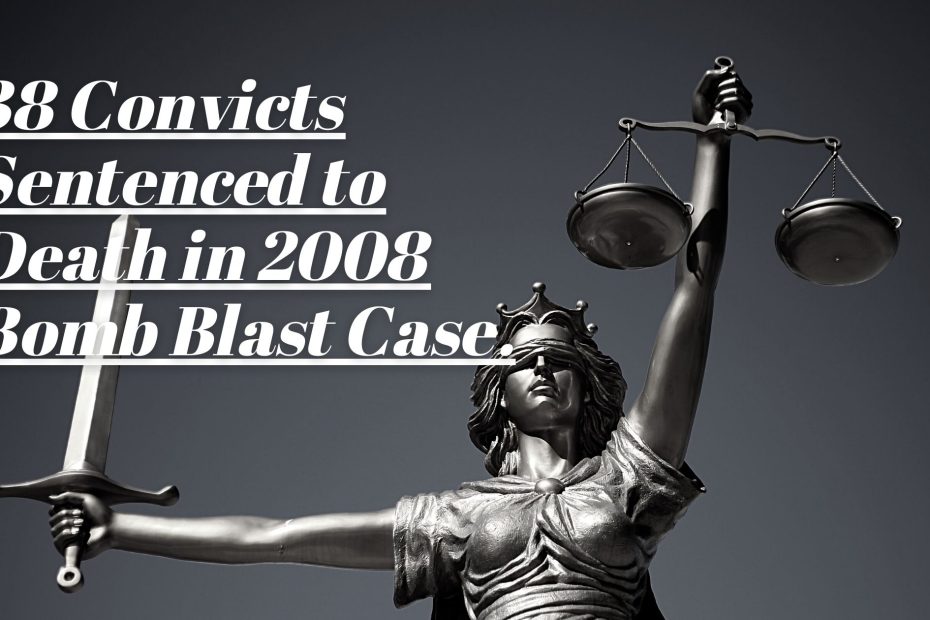 A special court established to expedite the trial of the 2008 Ahmedabad serial blasts cases sentenced 38 of the 49 convicted to death on Friday. Judge A R Patel issued the sentence on Friday after the prosecution requested the death penalty in a 7,015 pages court order, describing the incident as a “rarest of rare case” in which innocent lives were lost.

Eleven other people were sentenced to life in prison. According to the defence attorneys, this is the most convicts sentenced to death in a single case in India’s legal history.

The 2008 Ahmedabad bombings were a series of 21 bomb blasts that occurred in Ahmedabad, India, on July 26, 2008, over a 70-minute period. Fifty-six people killed, and more than 200  injured. As a series of bomb exploded in Ahmedabad, including the state government-run civil hospital, the Ahmedabad Municipal Corporation-run LG Hospital, buses, parked bicycles, cars, and other locations.

The bombs used in the explosions made of ammonium nitrate and fuel oil, and were  carried out by the Indian Mujahideen, which is a regrouping of the banned SIMI .