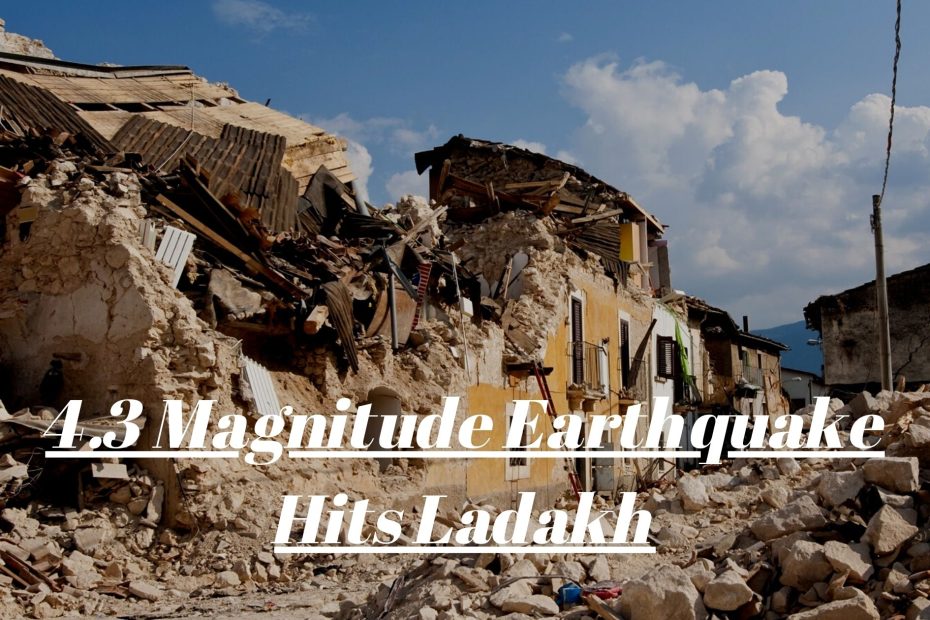 On Tuesday morning, strong earthquake vibrations were felt in the Union Territory of Ladakh, which is situated in the north of the country. This earthquake struck at 7:29 a.m. on the Sino-India border, 186 kilometres north of Alchi, as per the National Center for Seismology . The earthquake had a magnitude of 4.3 on the Richter scale. So far, no one has been killed or injured as a result of the earthquake.This is a third earthquake in Kashmir and Ladakh region after the two consecutive earthquakes earlier this month.

On March 16, a 5.2 magnitude earthquake rocked the Union Territory of Ladakh. There were no casualties in this as well. The earthquake struck at 7.05 p.m., as per the Meteorological Department, and vibrations were experienced for a few seconds. The earthquake’s epicenter was at 36.01 degrees north latitude and 75.18 degrees east longitude, 110 kilometres below ground.