5 Fascinating and Amazing Facts About Germany 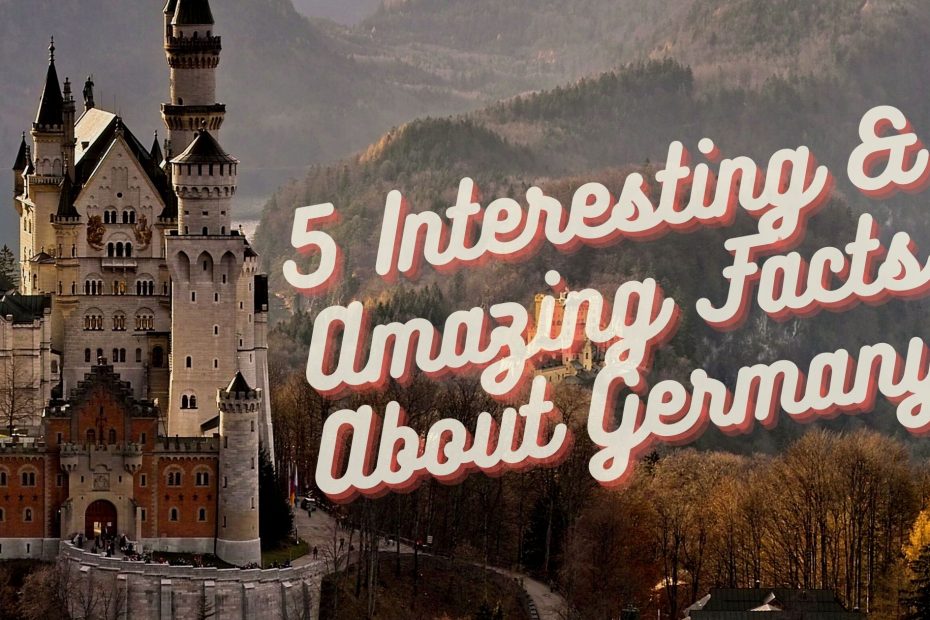 Hey Guys Welcome to FactsMinister. Today we will be talking about the top 5 amazing facts about Germany.

Germany is a name you’ve probably heard before. The same Germany that saw World War II flare as a result of Hitler’s dictatorship. Despite the fact that this country was entirely poor during WWII, it is now one of the world’s top ten most powerful countries. Today, Germany is the first name that comes to mind when any country is mentioned in the subject of engineering. There are plenty of other amazing facts about Germany that will astound you.

1.Germany is first place where a magazine was published

In 1663 AD, the world’s first magazine was published in Germany. The German ‘Erbauliche Monaths Unteretungene‘, which was originally published in 1663, was the first magazine. It was a literary and philosophical publication, and it sparked the publishing of several more journals with comparable material and issues, most aimed at an intellectual audience. One of the other amazing facts about Germany is it is included in the list of countries that print the most books. Every year, around 94,000 books are published in this country.

One of the amazing facts about Germany is The ‘Ulm Minster,’ .Ulm Minster is a Gothic church in Ulm, Germany that is still the world’s tallest church as of 2022, and will be for another 6-10 years until the Sagrada Familia in Spain surpasses it in 2026-2030. . The height of this church is about 530 feet. It is so big that two thousand people can sit comfortably in it.

Despite the fact that it has never been a bishop’s seat, the cathedral is nonetheless known as Ulm Cathedral because of its grandeur. Originally a Roman Catholic church, it was converted to a Lutheran church during the Protestant Reformation in 1529.

To know more about World’s tallest church refer to the link below :

One of the fascinating facts about Germany is that there are no speed limits in the country.

The Autobahn, Germany’s national highway system, is often known as the “highway without limits.” One of the amazing facts about Germany is it is the only European country without a nationwide highway speed limit. Germany has almost 8,000 miles of autobahn, with over 70% of them having no speed limits. Instead, it bears a 130 kilometre per hour “recommended speed limit.”Crossing it isn’t illegal but at the same time it isn’t recommended.

One of the amazing facts about Germany is the narrowest street. The world’s narrowest street, according to the Guinness Book of World Records, is in Reutlingen, Germany. Spreuerhofstrasse is 31 centimetres (about one foot) broad at its narrowest point and 50 cm (1.6 feet) wide at its largest point.

To know more about the narrowest street refer to the link below :

Another one of the Amazing Facts About Germany is there superstition about early birthday celebrations.

One of the amazing facts about Germany is that the early birthday celebrations are disapproved  in the country. They follow the principle of “don’t count your chickens before they hatch.” An early birthday greeting serves as a reminder to the person celebrating the birthday that he or she may die before the real date.