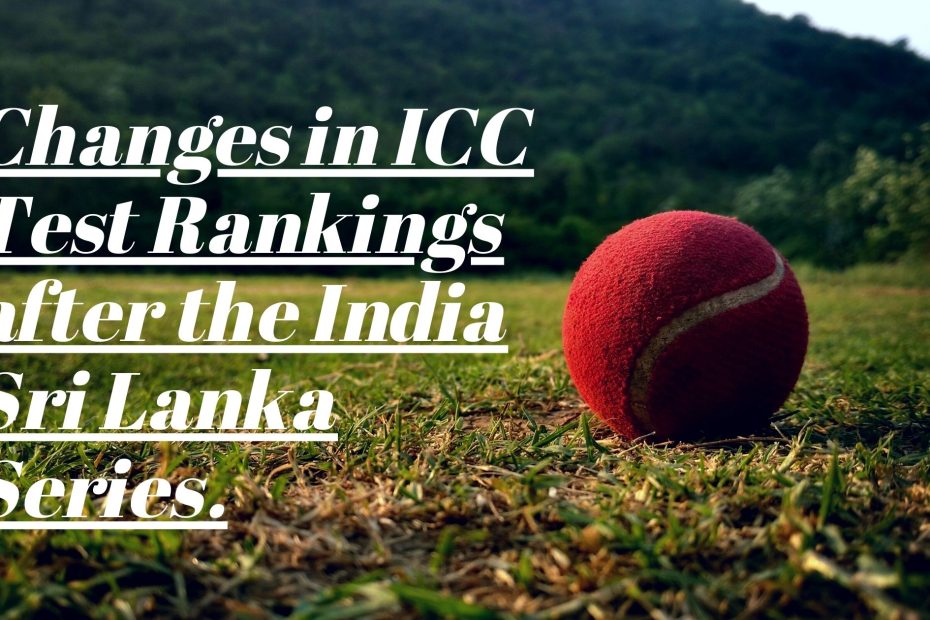 Ravindra Jadeja, who made history by scoring 175 runs in a Test match in Mohali, has climbed to second place in the all-rounder rankings. Apart from that, Sri Lanka’s Dimuth Karunaratne has risen in the ICC rankings.

Impact of the series against Sri Lanka

In the Bangalore Test, Jasprit Bumrah grabbed eight wickets against Sri Lanka. He also set a record by getting five wickets on home soil for the first time. As a result, he has moved up six places in the ICC rankings. Mohammed Shami, on the other side, has risen one spot to 17th place.

Lasith Embuldeniya and Jayawickrama of Sri Lanka have climbed five positions. Embuldeniya has risen to 32nd place, while Jayavikrama has risen to 45th. Pat Cummins of Australia is still the best bowler in the world, followed by Ravichandran Ashwin and Kagiso Rabada.

Sri Lankan captain Dimuth Karunaratne has risen to third place in the batsmen’s rankings, a career high. In the second innings of the Bangalore Test, he batted brilliantly, scoring 107 runs. Virat Kohli, on the other hand, stands at the ninth position. Pakistan’s Babar Azam is in eighth place. Marnus Labuschagne of Australia retains his first place. Joe Root is in second place, followed by Steve Smith and Kane Williamson.

Booner of the West Indies and Shreyas Iyer of India have made significant improvements. Booner has moved up 22 positions, while Iyer has moved up 40 places. Booner is now ranked 22nd, and Iyer is ranked 37th. Booner scored 123 and 38 not out in the Test against England. Iyer pitched innings of 92 and 67 runs at the same time. Jack Crowley of England had hit 121 runs and moved up 13 places. He finished in 49th place.

Jason Holder remains at the top in all-rounders

The premier all-rounder of the West Indies Jason Holder has reclaimed his position as the world’s best all-rounder. Ravindra Jadeja is the one he left behind. Second is Jadeja, third is Ashwin, fourth is Shakib Al Hasan, and fifth is Ben Stokes.

Check out more of our articles on Cricket.