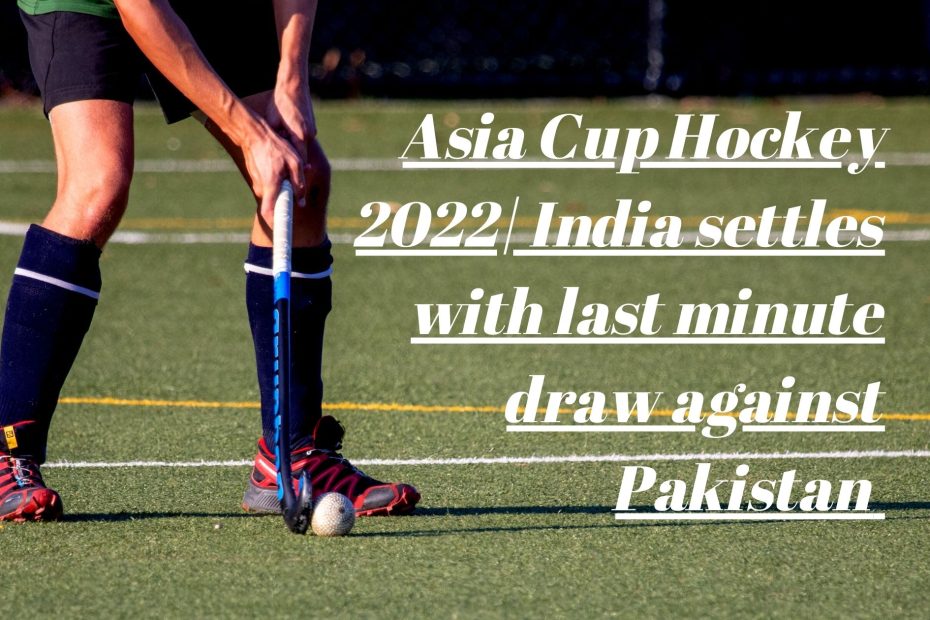 The defending Asian Cup champions, Team India, have opened their campaign with a tie. Pakistan held India to a 1-1 tie in the first encounter. Until the third quarter, Team India was leading 1-0. The score was 1-0 in India’s advantage even for 58 minutes into the fourth quarter. Pakistan then tied the game at 1-1 on a penalty corner in the final minute (59th).

The Indian team had a 1-0 advantage over Pakistan at halftime. Both teams were extremely competitive in the second quarter. Neither team, however, was able to score. Pakistan squandered a chance to score in the 16th minute. Suraj Karkera, the Indian goalkeeper, produced a fantastic save. The Indian side was awarded a penalty corner in the 21st minute, but they were unable to capitalise. In the 28th minute, Pakistan was awarded a penalty corner, but Indian goalie Sooraj made a save.

Ultimately in the 59th minute, Pakistan was awarded a penalty corner. On Pakistan’s drag-flick, Abdul Rana standing near the goalpost levelled the game at 1-1. Team India thus missed out on the great triumph.

Following Pakistan, India will play against Japan in the second Pool A encounter today, followed by match against  host Indonesia on May 26.