Home » Baba Vanga : The Bulgarian who predicted Russia Will Rule the World.

Baba Vanga : The Bulgarian who predicted Russia Will Rule the World. 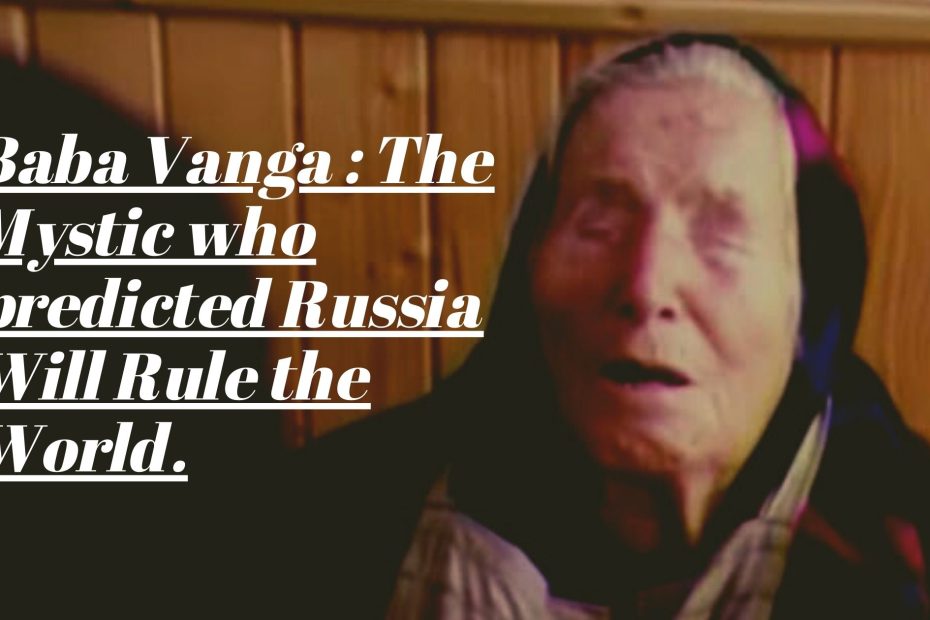 Baba Vanga, the visionary guru best known for foreseeing the 9/11 terrorist attacks in the United States, may have foretold Russian President Vladimir Putin’s ascension. With Russia confronting the West and launching a military offensive in Ukraine, a blind mystic’s prophecy ostensibly concerning Putin has become popular on social media. Many devotees of Baba Vanga think she predicted 9/11, Brexit, Barack Obama’s election, the 2004 tsunami, and other key events. Baba Vanga was strangely accurate in predicting that the 44th President of the United States will be a black man (Barack Obama) She predicted that a “powerful dragon” will enslave humanity. The three titans will come together [ This came true in context of China’s rising Power]

Baba Vanga warned journalist Valentin Sidorov that Russia will become the “master of the globe,” while Europe would become a “wasteland.” “”All will soften like ice, leaving only one undisturbed — Vladimir’s pride, Russia’s glory,” she remarked, possibly referring to Putin, before adding, “Too much it dragged in as a victim.” Nobody will be able to stop Russia.” Interestingly she said all these things in 1979 and we are witnessing a war 43 years later seemingly projecting the dominance of Vladimir Putin.

Who is Baba Vanga and what are her future predictions?

Baba Vanga has been dubbed the “Nostradamus of the Balkans” for his forecasts. The mystic said that she found her power to foresee the future after losing her eyesight at an early age. Vanga has made forecasts that date back thousands of years, to the year 5079, and people continue to seek her guidance. According to estimates, the forecasts of the Bulgarian mystic who died in 1996 had an 85 percent success record.