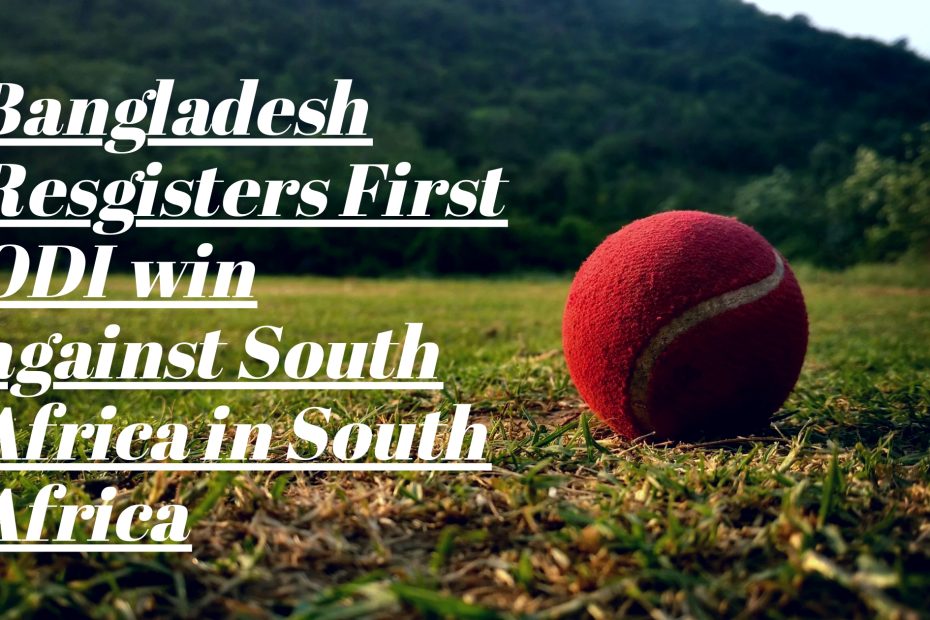 Bangladesh made history by defeating South Africa on their home land in the inaugural ODI match played at Centurion’s SuperSports Park. Bangladesh batted first and scored 314 runs in 50 overs for the loss of seven wickets. They made this huge total thanks to half-centuries from Shakib Hasan, Liton Das, and Yasir Ali. South Africa were bowled out for 276 runs in response. In the end, Bangladesh won the match by 38 runs. Marking Bangladesh’s first ODI win against South Africa in South Africa.

Captain Tamim Iqbal and wicket-keeper batsman Liton Das gave the Bangladesh team a great start after losing the toss and opting to bat first. Both the players shared 95 runs for the first wicket. Tamim scored 41 runs. After this, Shakib Al Hasan, who came at number three, played an explosive innings. He scored 77 runs in 64 balls with the help of seven fours and three sixes. Apart from him, Liton Das scored 50 and Yasir Ali also scored 50 runs. Bangladesh added more than 180 runs in the last 20 overs. 314 is Bangladesh’s highest score in ODIs on South African soil.

Chasing the target, the start of the African team was very poor. Opener Jaaneman Malan went to the dressing room by scoring just four runs. At the same time, star batsman Aiden Markram was dismissed without opening his account. At one point the African team was struggling by 36 runs for the loss of three wickets. Captain Temba Bavuma (31) along with Rasi van der Dussen scoring (85) played a massive knock for the fourth wicket. Rasi and David Miller then shared a 60-run partnership for the 5th wicket. Rasi scored the highest 86 runs for the African team. At the same time, Miller played an innings of 79 runs in 57 balls with the help of eight fours and three sixes.But ultimately with there was collapse in batting order and South African team lost all their wickets for just 276.