Home » Bappi Lahiri : The End Of A Wonderful Music Era

Bappi Lahiri : The End Of A Wonderful Music Era 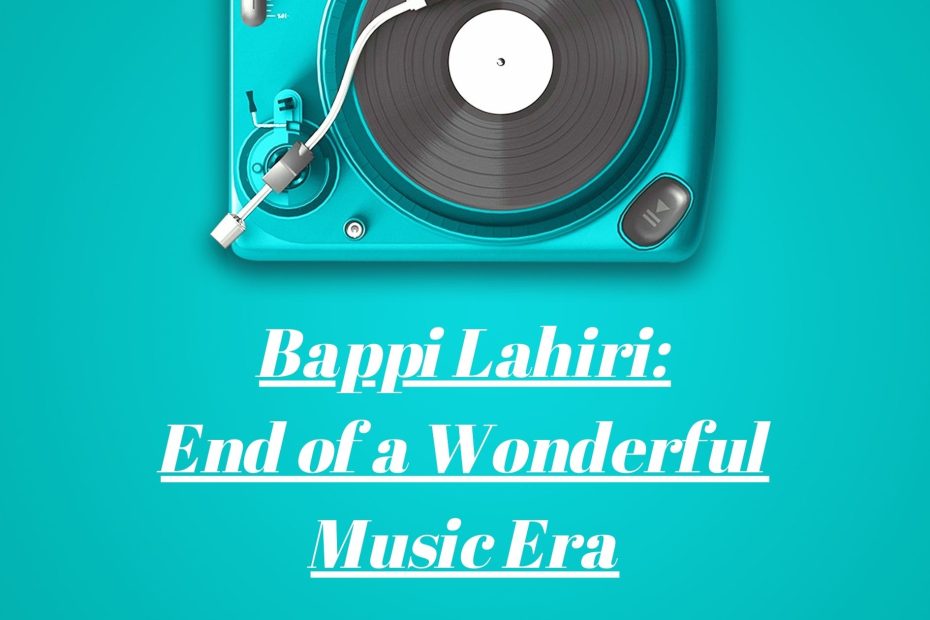 Bappi Lahiri, the famed Indian singer-composer, died at the CritiCare Hospital in Juhu on Tuesday night, February 15, 2022. “Lahiri had been in the hospital for a month before his discharge on Monday. On Tuesday, however, his health began to deteriorate, and his family requested that a doctor come to  their home and taken to a  nearby hospital. He passed away just before midnight from obstructive sleep apnea.

Achievements and Career of Bappi Lahiri

Bappi Lahiri,  [Alokesh Lahiri], is a  Bollywood film music director. He was the first to incorporate disco music in Indian movies, and he also sung some of his own songs. In the 1980s, he was known for films such as Disco Dancer, Namak Halaal, and Sharaabi, among others. Bappi Lahiri was born in Calcutta, West Bengal, in a musical family with a long history. Aparesh Lahiri, his father, was a well-known Bengali vocalist, and Banshori Lahiri, his mother, was a musician and singer who was well-versed in classical music and Shyama Sangeet. He was the only child in the family.

Bappi Lahiri was the first Indian filmmaker to employ disco music in an Indian film. He released his album ‘Bappi Magic – The Asli Baap Mix,’ which included hits like ‘Gori Hai Kalaiyan’ and ‘Jimmy Jimmy.’ It became extremely popular. He composed the background score for Jahnu Barua’s film “Maine Gandhi Ko Nahin Maara” in 2005, establishing his reputation as a versatile composer. With the song “Boombai Nagariya,” which he sung for Vishal-Shekhar for the film , he gave his voice to another composer for the first time in 2006.

Throughout his career, which began in 1973, Bappi Lahiri has won many hearts as well as numerous honours.

Tributes pour in for the legend

Prime Minister Narendra Modi tweeted “Shri Bappi Lahiri Ji’s music was all encompassing, beautifully expressing diverse emotions. People across generations could relate to his works. His lively nature will be missed by everyone. Saddened by his demise. Condolences to his family and admirers. Om Shanti.

President Ram Nath Kovind said, “Shri Bappi Lahiri was a matchless singer-composer. His songs found popularity not only in India but abroad. Bappi Da’s diverse range included youthful as well as soulful melodies. His memorable songs will continue to delight listeners for a long time. Condolences to his family and fans.”

With the demise of Bappi Lahiri it is a big loss to the wonderful era of Music.

1 thought on “Bappi Lahiri : The End Of A Wonderful Music Era”