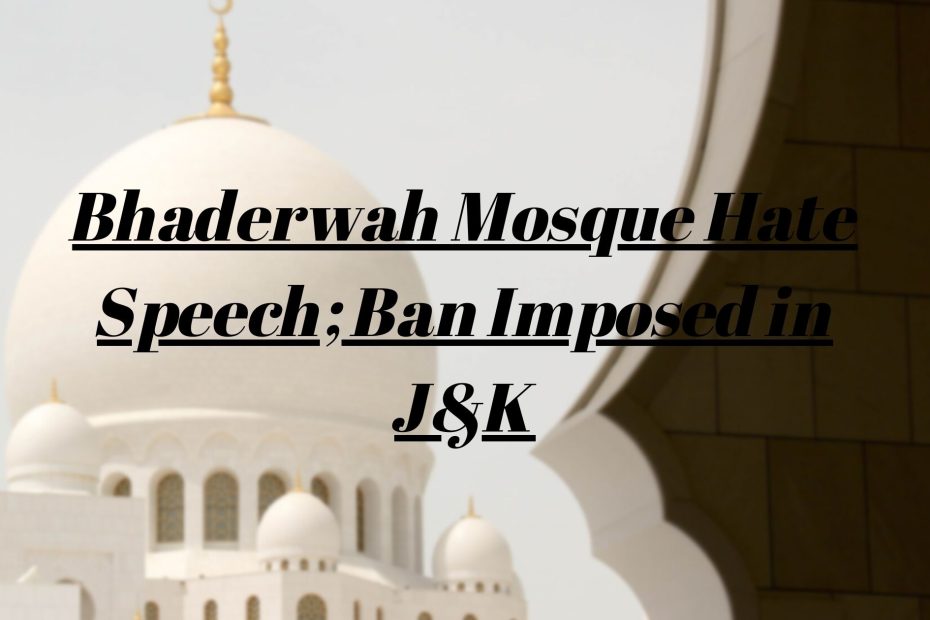 Provocative remarks are being used by terror organizations to create unrest in the districts of Bhaderwah (Doda) and Kishtwar. The mosque in Bhaderwah spewed hateful and inflammatory words on Thursday. Threats of beheading were made in addition to many offensive comments in the viral video. Previously, the atmosphere in Bhaderwah city had deteriorated as a result of similar speech, and the administration had enforced a curfew and suspended internet services. Now once again hateful speeches have made the administration impose curfew.

Hateful Speech under guise of protest against Nupur Sharma

In response to Nupur Sharma’s remarks, Muslim organisations and the Bar Association called for a bandh in Kishtwar on Wednesday. People from the Muslim community gathered in the mosque in Bhaderwah town on Thursday morning to protest. Some people began making disrespectful statements against Hindus and Sanatan tradition under the cover of this demonstration.

Nupur Sharma, suspended BJP spokesperson alleged to have made some disrespectful comments against Prophet Mohammed in the Times Now debate. Many Muslim countries raised concerns over this issue prompting the ruling party to suspend her from the party. There has been continuous protest after that statement.

The cops filed an open FIR when the video went viral. According to the police, an arrest will be made in this matter soon. On Thursday evening, a young person is said to have written a message on social media in response to this comment. However, a complaint has been filed against him as well. Tensions rose in the area, prompting some residents to take to the streets. The administration has enforced a curfew in Bhaderwah to prevent a confrontation between the two groups. Prohibitory orders have also been issued in Ramban and the adjacent districts of Jammu and Kashmir.