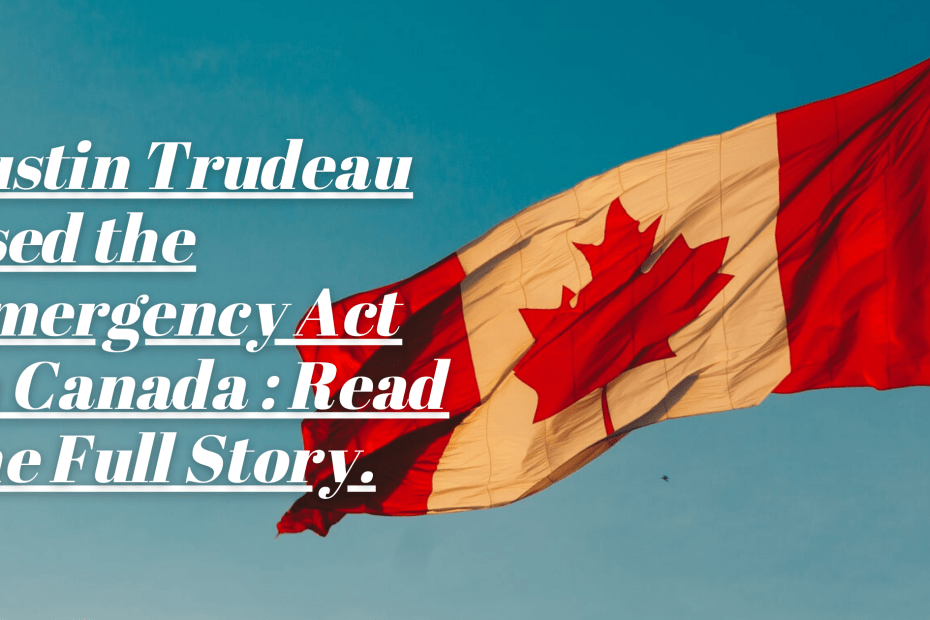 On Monday [ 14th February 2022], Canadian Prime Minister, Justin Trudeau used the Emergencies Act for the first time in the country to put an end to anti-vaccine mandate rallies that have been sweeping the country and blocking portions of Ottawa.

“We cannot and will not allow illegal and dangerous activities to continue,” Trudeau said at a press conference, adding that the protests will “threaten law enforcement’s capacity to effectively enforce the law.”

For almost three weeks, Canadians have been protesting a vaccination regulation that forced truckers to get vaccinated in order to cross the Canada-US border or face being quarantined once they returned. The protests have had an impact on Canada’s economy and relations with the United States.

Provisions of  Emergency act in Canada

A national emergency, according to the statute, is a condition that is urgent, critical, and temporary. It also indicates that a national emergency should be considered if a crisis threatens Canadians’ lives, health, or safety and is “of such magnitude or kind as to surpass the capacity or authority of a province to deal with it.” It’s also regarded as an emergency if it jeopardises the Canadian government’s ability to protect “Canada’s sovereignty, security, and territorial integrity.”

Unless it gets revoked or a decision to continue it has been made in accordance with the laws, the Public Order Emergency application expires 30 days after it is declared. All of the restrictions and orders issued during the public order emergency are set to expire as well.

The impact of Emergency on protestors

The Emergencies Act grants the government the authority to restrict or regulate citizen gatherings that are likely to cause a breach of the peace. Securing protected sites, taking control, or restoring and maintaining public spaces or services are some of the other steps that the government might impose under the act. The law will also give police the authority to penalise and imprison protesters. The police will now be able to impound vehicles used in the protests, including trucks, and will be able to prohibit any protests that are illegal in character. The ruling also empowers the government to fine anyone who violates the act’s directives or regulations with a fine of up to $500 and a sentence of up to six months in prison.

Check out more of the Trending News Articles.