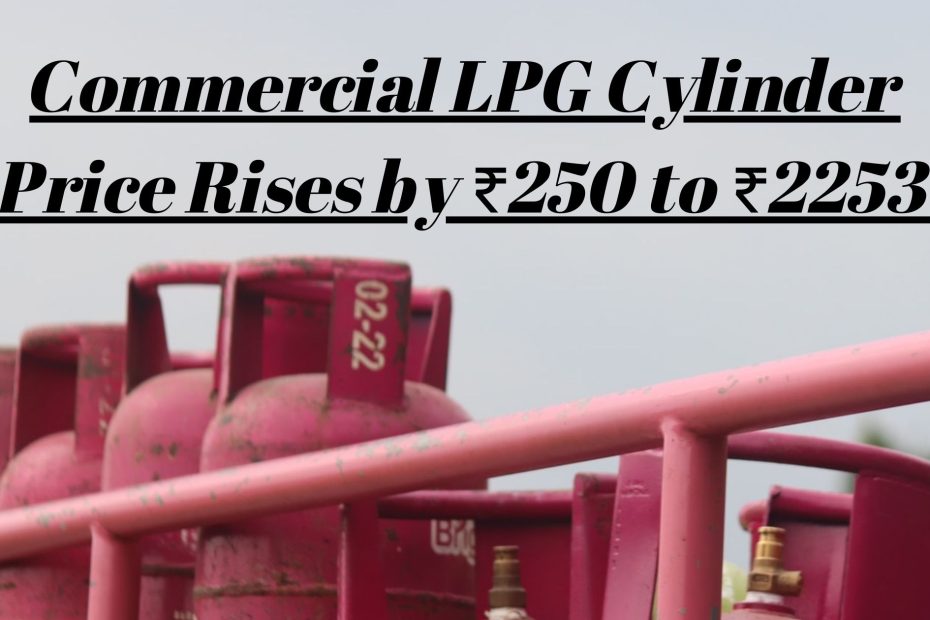 Customers got badly affected by inflation on the very first day of April. The cost of an LPG cylinder has gone up by Rs 250. This increase was implemented in the 19 kilogram commercial cylinder. The price of a 19 kg LPG cylinder in Delhi has risen to Rs 2253 as a result of this hike. The price of household LPG, on the other hand, has remained unchanged. There are rumors that there will be an increase in domestic cylinders in the near future.

In March a commercial cylinder weighing 19 kg was refilled in Delhi for Rs. 2012.Its price had dropped to Rs.2003 on March 22. However, it has been raised once more today.

Meanwhile, in response to rising global fuel prices, the government has   doubled the price of domestically generated natural gas. From April 1 until September 30, 2022, the pricing will be in effect. The price of gas generated by ONGC and Oil India’s normal fields has been raised from $2.90 to $6.10 per million British thermal units.

Relief for today in price of Petrol and Diesel

Meanwhile, the price of petrol and diesel remained unchanged today. Previously, their price had been raised nine times in ten days. The price of petrol in Delhi is around Rs 101.81 a litre, of diesel will cost up to Rs 93.07 per litre.