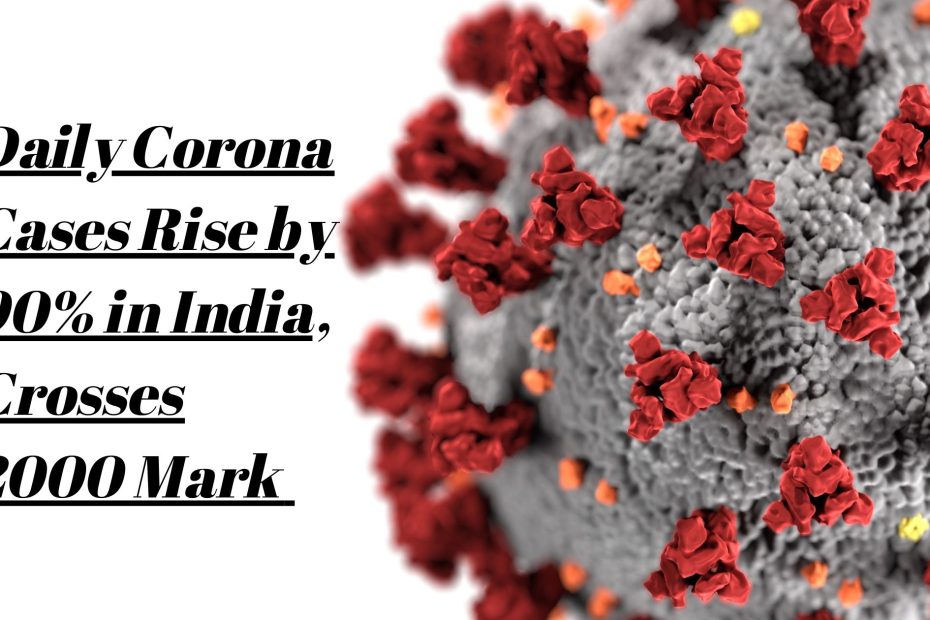 Corona cases have begun to rise again in India. On Sunday, there were 2,183 cases of corona in the country. This represents an increase of 89.8% over Saturday. There were 1,150 instances discovered on Saturday. Corona has also resulted in a rise in the number of deaths. There were 214 deaths reported on Sunday. There are 212 deaths from Kerala’s backlog statistics, and one fatality from Uttar Pradesh.

After the third wave in January, there was an 11-week reduction in cases, but there has been a 35 percent surge in corona cases in the previous seven days (11-17 April). This growth, however, is only visible in Delhi, Haryana, and Uttar Pradesh.

In Delhi, Haryana, and Uttar Pradesh, there has been a significant spike in cases in the last seven days. In Delhi, a large number of cases were reported [2,307 total  last week]. In the previous week total, [943 total cases were found in Delhi]. That is, in only one week, the number of cases in Delhi has increased by 145 percent. Delhi accounted for one-fourth of all corona cases in the country this week. Because of the Corona cases in Delhi schools, schools were closed for a few days.

In a week, the number of cases in Haryana climbed by 118 percent, from 514 to 1,119. In Uttar Pradesh, 540 cases were discovered last week, increasing 141% from the previous week. In Uttar Pradesh, 224 instances were reported in the week of April 3 to April 9. The majority of the new cases in both states were discovered in the NCR cities surrounding Delhi, such as Noida, Gurgaon, and Ghaziabad.