Deepak Chahar Ruled Out of IPL 2022 due to Back Ailment 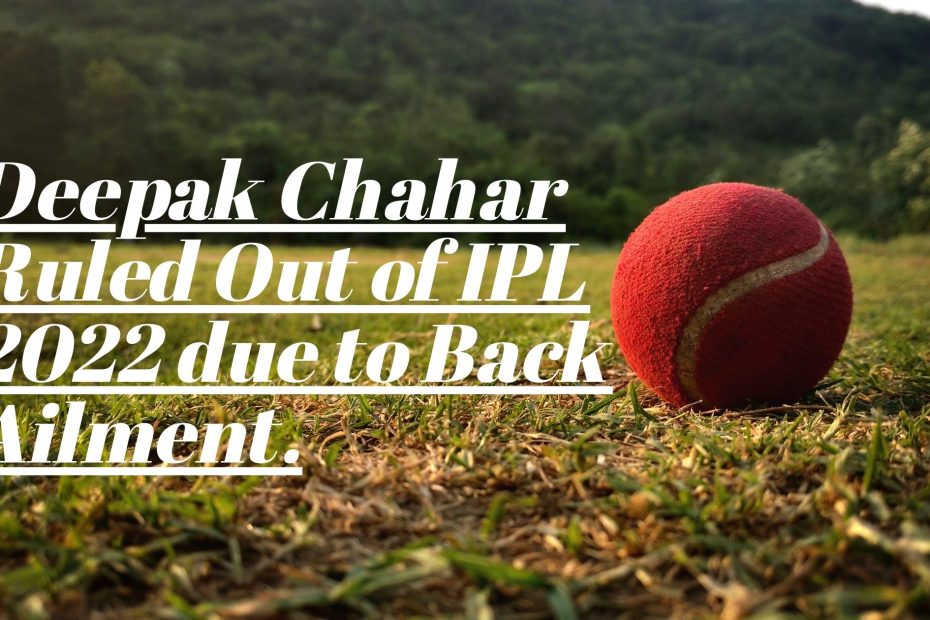 Chennai Super Kings have experienced yet another big setback in IPL 2022 after losing  four consecutive matches. Deepak Chahar, the team’s all-rounder, has been ruled out for the full season with a back ailment. During the T20I series against the West Indies, Deepak suffered a leg injury. His quadriceps muscles had been strained. He sought treatment at the National Cricket Academy. Deepak’s leg condition was improving, but he then had a back injury.

Deepak Chahar was purchased for 14 crores by Chennai Super Kings at a major auction conducted in Bangalore. Deepak was a member of the Chennai franchise till last season, but he was not retained.  Following that, Deepak re-joined the squad by getting a huge offer in the mega auction.

Chennai’s bowling performance has weakened in the absence of Deepak Chahar. Deepak was a natural wicket-taker with the new ball. The Chennai team is unable to gain wickets in the power-play in his absence. And the results are showing what happens when a team is not able to put pressure in the powerplay.

Deepak Chahar – The All- Rounder

So far in his IPL career, Deepak has 59 wickets in 63 games. He had recently begun to perform feats with the bat as well. As a result, he was regarded as an all-rounder. His best batting performance came in Sri Lanka against Sri Lanka, where he powered India to win the series. He continued to play significant innings for India even after this. Specifically, in the last ODI match between India and South Africa.