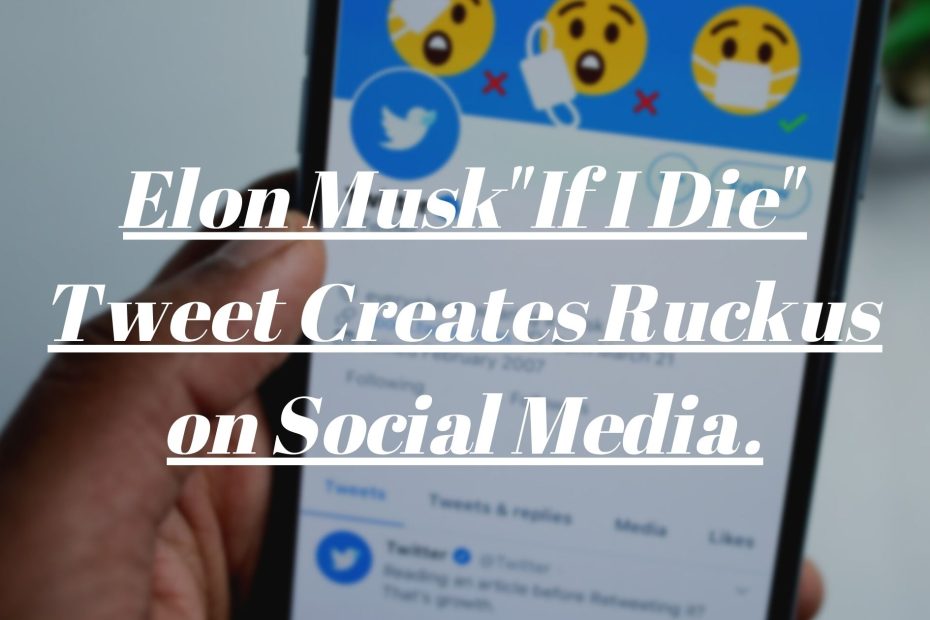 Elon Musk, the richest man on the planet, is frequently in the news. Every day, he sends out a tweet like this, causing a stir on social media. Musk has done something similar this time as well. ‘If I die in questionable circumstances…’ he posted on Twitter. Despite the fact that he has not written anything properly, this tweet has caused a stir on social media.

Many individuals are advising Musk to think differently, and others are even mocking him. His tweet, on the other hand, says a lot. Before this post, Musk had tweeted about Dmitry Olegovich Rogozin, the head of the Russian space agency Roscosmos.

Here are the links to both of the tweets:

Possibility and Theories of Elon Musk “If I Die” Tweet

Elon Musk has not posted anything directly, but several connections are being added to the chain of his tweets. Musk had really sent out another tweet before this one. According to the report, the head of the Russian space agency Roscosmos told the media that Musk’s satellite was providing Internet connectivity to Ukrainian troops in Mariupol, based on the testimony of captured Colonel Dmitry Kormyankov of the 36th Ukrainian Marine Brigade. Musk was chastised in this statement for giving communication facilities to the Ukrainian military.

So there is a possibility of Elon Musk fear towards the revolt of Russia on him for providing support to Ukraine. However there are many theories and possibilities going on twitter regarding this shocking tweet.

According to allegations, Russian Space Agency chief  Dmitry Rogozin told Russian media that Elon Musk’s Starlink company’s Internet terminals were helicoptered to Nazi Azov battalion extremists and Ukrainian Marines in Mariupol. “To the best of our knowledge, Starlink equipment was delivered with the assistance of the Pentagon”

Musk slammed Russian President Vladimir Putin with this statement, which he shared on Twitter. He did not specifically mention Putin, but stated that the meaning of Nazi he is familiar with is not the same.