Emmanuel Macron Wins the Presidential Election for the second time 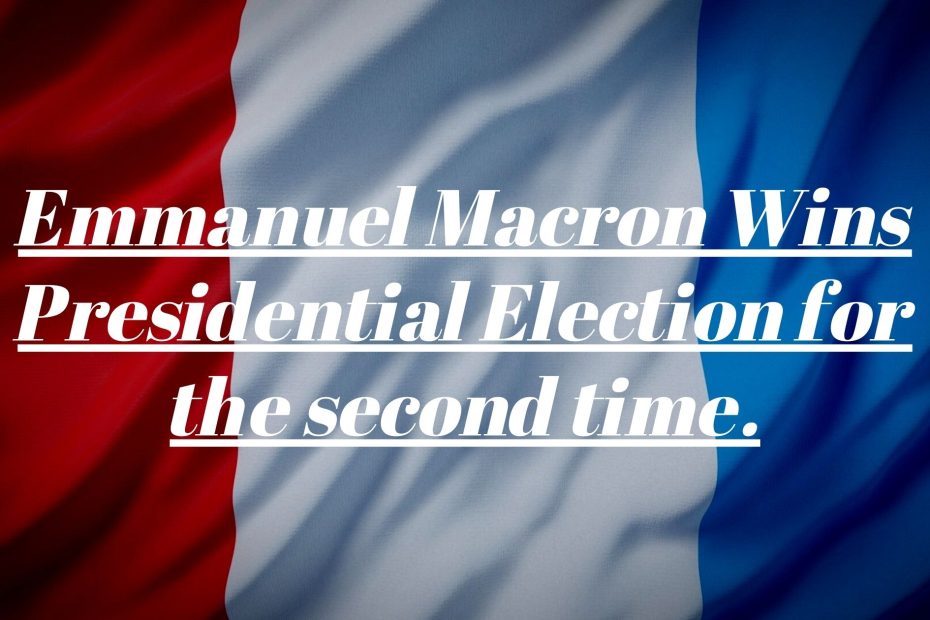 Emmanuel Macron, the current President of France, has won the presidential election again. He will become France’s President for the second time after this triumph. Macron easily trounced the country’s far-right leader, Marine Le Pen. Embed from Getty Images Macron received 58 percent of the vote, whereas Penn received only 42 percent. After Macron’s triumph, Macron’s supporters gathered in the park near the Eiffel Tower and began congratulating each other.

In opinion polls, many French citizens appreciated Macron as president. In the face of major global catastrophes such as the COVID-19 epidemic and the Ukraine crisis, he was deemed qualified for the job. Macron attended the Coll National d’Administration, a prestigious French school. He had previously worked as a senior civil official. He then spent a few years as a banker at Rothschild.

He then became the socialist President Francis Hollande’s economic adviser. When he was named Economy Minister in Hollande‘s government from 2014 to 2016, he transitioned from a behind-the-scenes function to the political scene.

Emmanuel Macron has evolved from a young political novice to a prominent worldwide leader who has played an imperative role in the European Union. He has been an active participant in efforts to bring the Russian-imposed war in Ukraine to a conclusion.