Home » Everything Happened in the PM Modi-Boris Johnson Meet

Everything Happened in the PM Modi-Boris Johnson Meet 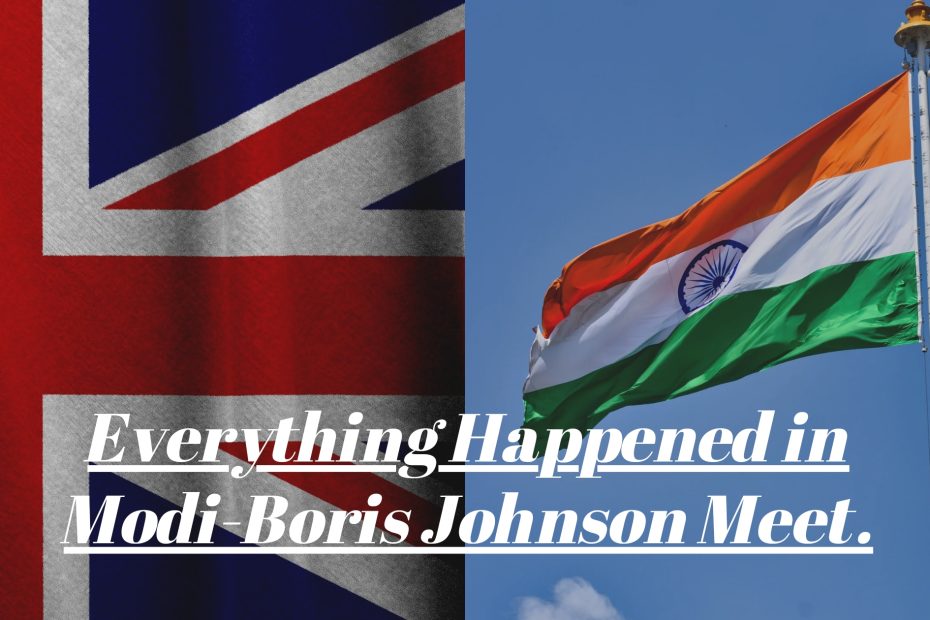 Boris Johnson, the British Prime Minister, is in India for a two-day visit. On Friday, Johnson met with Prime Minister Narendra Modi at Hyderabad House in Delhi. The two countries had talks at the delegation level. Many key agreements between India and the United Kingdom were signed during this time. Following the meeting, PM Modi and Boris Johnson addressed the press.

Pm Modi started the talks by welcoming Boris Johnson. PM Modi said “The two countries forged a Comprehensive Strategic Partnership last year. We also unveiled a bold Roadmap 2030 to steer our cooperation over the next ten years. We also went over the roadmap today and set some targets for the future. We’ve determined to put up every effort to close the FTA by the end of the year”

PM also added “We also talked about India’s broad reforms, our infrastructure modernization strategy, and the National Infrastructure Pipeline. We applaud UK companies’ increasing involvement in India. In Gujarat’s Halol, we saw a terrific example of this the other day”

We had a good conversation today, and we have enhanced our connection in every way, stated the British Prime Minister. One of the most important friendships of our time is that between India and the United Kingdom. To simplify bureaucracy and shorten delivery times for defence procurement, the UK is developing an India-specific open general export licence.

Both countries, he said, have a shared interest in keeping the Indo-Pacific area free, open, and rule-based. Both countries have committed to cope with threats from the air, space, and sea. We’ll switch to renewable, locally produced energy. The two countries’ ties have been strengthened as a result of the visit.

The two presidents also discussed Russia’s and Ukraine’s ongoing conflict. We have emphasised engagement and diplomacy in Ukraine for an immediate ceasefire and resolution of the crisis, said PM Modi. We also emphasised the necessity of all countries’ territorial integrity and sovereignty being respected. We also reaffirmed our commitment to a peaceful, stable, and secure Afghanistan, as well as an inclusive and representative government. It is critical that Afghan territory not be used to spread terrorism to other nations.