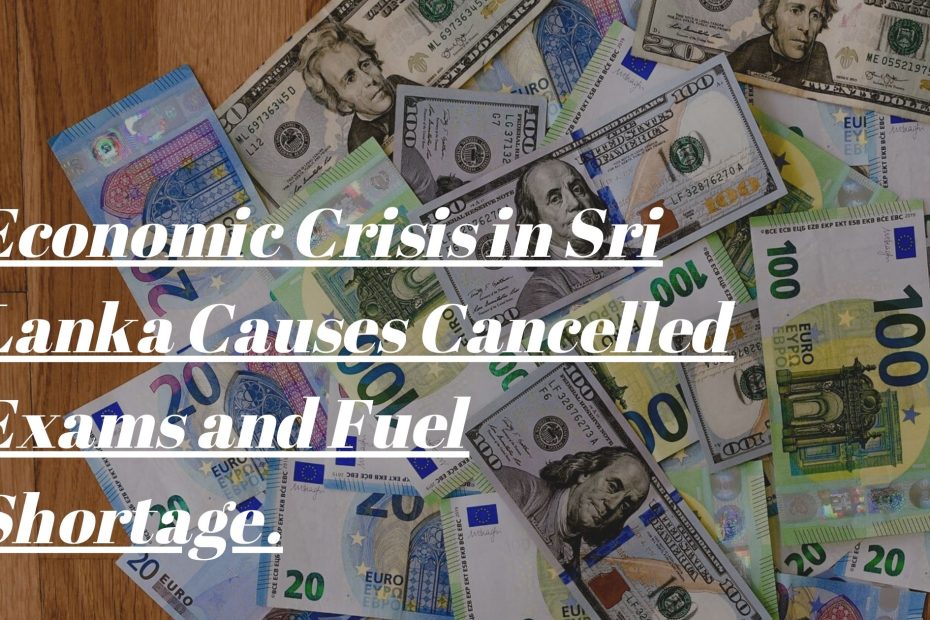 The economic crisis situation in Sri Lanka doesn’t look to be getting better anytime soon. Earlier reports confirmed about the Longest Power Cuts in the country due to it. And now the news about cancellation of both the School and College exams has come out.

The inflation led economic crisis has resulted in the citizens suffering the consequences. The country’s foreign reserves are at an all time low. The number reported as $2.3 Billion at he end of February. Now the government is seeking help from IMF which it so far avoided.

Cancellation of Exams due to Paper Shortage

The deteriorating position of foreign reserves in Sri Lanka came to limelight when the country had to cancel exams due to Paper Shortage. The officials have reported that the country the is short on dollars. As a result, they can’t finance the import of paper.

This is the reason that exams are indefinitely postponed in the country. This move is reportedly going to effect two-thirds of the 4.5 Million students in the country.

Department of Education of Western Province

Not only paper, but the country is also short and fuel and other essentials. And because of the fuel shortage and sky rocketing prices, people have to wait hours and hours in queues to get what they want. Two such queues took lives of two men waiting to secure fuel in different parts of the country.

“One was a 70-year-old three-wheeler driver who was a diabetic and heart patient while the second was a 72-year-old, both had been waiting in line for about four hours for fuel oil”

Use of Kerosene Oil has increased among the low income families due to price increases in cooking gas. The country’s second largest supplier raised the prices by a whopping $4.94 for a 12.5 KG cylinder.

Heroics of an Indian Girl

Amid all this crisis, a news about the heroics of an Indian Girl also came out. Jiya Rai, a 13 year old Indian autistic girl swam from Talaimannar in Sri Lanka to Dhanushkodi in Tamil Nadu. Covering a distance of 28.5 Kms in just 13 hours. The girl is a daughter to a Navy Officer.

The whole expedition was done under the protection of Sri Lankan Navy and Indian Coast Guard. The DGP of Tamil Nadu, Sailendra Babu also appreciated her brave effort.