Home » FIRST TIME — Women Will be Allowed to Drive Trains in Saudi Arabia.

FIRST TIME — Women Will be Allowed to Drive Trains in Saudi Arabia. 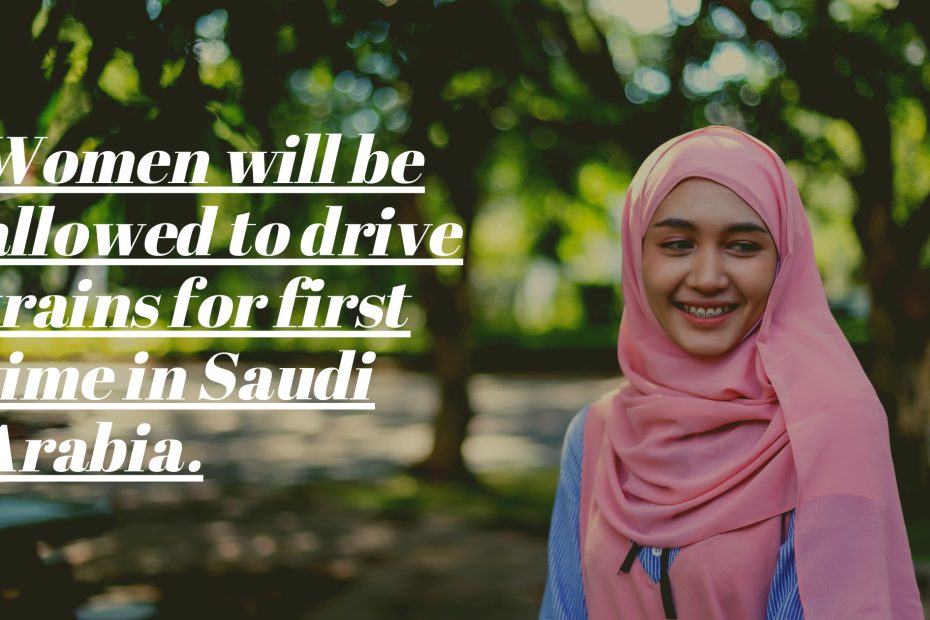 Around 28,000 women applied for 30 train-driver jobs in Saudi Arabia, the first time such a position has been posted in the conservative nation in a gender-neutral style. This comes on the heels of recent reforms, which began in 2018 with the lifting of the prohibition on women driving and allowing them to travel freely without male supervision.

Saudi Arabia had one of the lowest female labour participation percentages in the world for decades. However, as part of Crown Prince Mohammed bin Salman’s strategy to diversify the oil-dependent economy, the government has taken steps in recent years to boost the number of women employed.The Saudi Arabia women train  driver part is the new reform along with many other welfare programs provided by the Saudis recently to Women.

What’s the Women Train Drivers Job and why Saudi is making this Step?

After a year of training, successful candidates will operate high-speed bullet trains between Mecca and Medina. Renfe, the Spanish train company that runs the service, has stated that it is keen to provide possibilities for women in its local operations. It presently employs 80 male drivers and is in the process of training another 50.

Saudi Arabia, which is suffering from a declining oil economy, wants its residents to work in the service industry. The authorities feel that allowing women to work will assist expand the country’s workforce and boost the economy.This Country from last few years is consistently trying to match itself with the western democracy and lenient with all its policies including ban on flogging and giving permission for women drivers.

Do Saudi Women have complete freedom in their Job?

The answer is No. Saudi women still need the permission of a male guardian to marry or receive certain types of healthcare. When it comes to their involvement in family structures, divorce, and child custody, women face significant discrimination and disadvantage. Many of women’s rights are more of a handout from patriarchal authorities. Men continue to make decisions and appear to be concessionaires when it comes to women’s rights.

According to many geopolitics experts and human right activists these reforms are just eyewash and made to show the western world their “liberal” approach after the brutal killing of Jamal Kassoghi. But the recent reforms are welcomed and said to benefit the women population of the country.