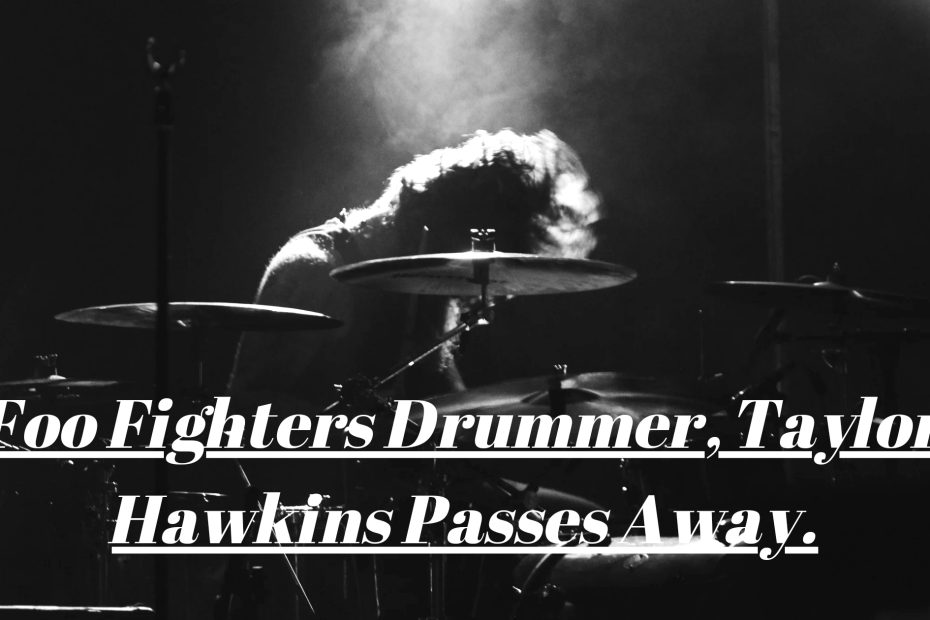 Taylor Hawkins, the rock band Foo Fighters’ veteran drummer, has passed away. He was 50 years old and was an active drummer for Rock Band Foo Fighters. The reason of his death is not known but Foo Fighters official twitter account posted condolences message to the legendary drummer

“His musical spirit and infectious laughter will live on with all of us forever,” stated a message sent to reporters via the band’s official Twitter account. “Our hearts grieve for his wife, children, and family, and we ask that their privacy be respected at this unbearably painful time,” the statement said.

In 1972,  Taylor Hawkins was born in Fort Worth, Texas, and raised in Laguna Beach, California. Before winning his first large gig as a drummer for Canadian vocalist Sass Jordan, he was a member of the small Southern California band Sylvia. He then spent the mid-1990s as Alanis Morissette’s touring drummer before being recruited to join the Foo Fighters by Dave Grohl.

Hawkins has been the drummer for Foo Fighters for 25 of the band’s 28 years. He replaced original drummer William Goldsmith in 1997. He also starred in Foo Fighters’ new horror comedy film, Studio 666. In the movie, evil force seizes Dave and turns him into a murderer in the mansion where the band is staying. Taylor and other band members, including Pat Smear, Rami Jaffee, Chris Shiflett, and Nate Mendel, are killed off one by one in the film.

Ultimately the death of the legendary drummer Taylor Hawkins is a big loss to entire Music Industry and Rock Band enthusiasts.