Gabba Win Anniversary – How India conquered the stronghold of Australia 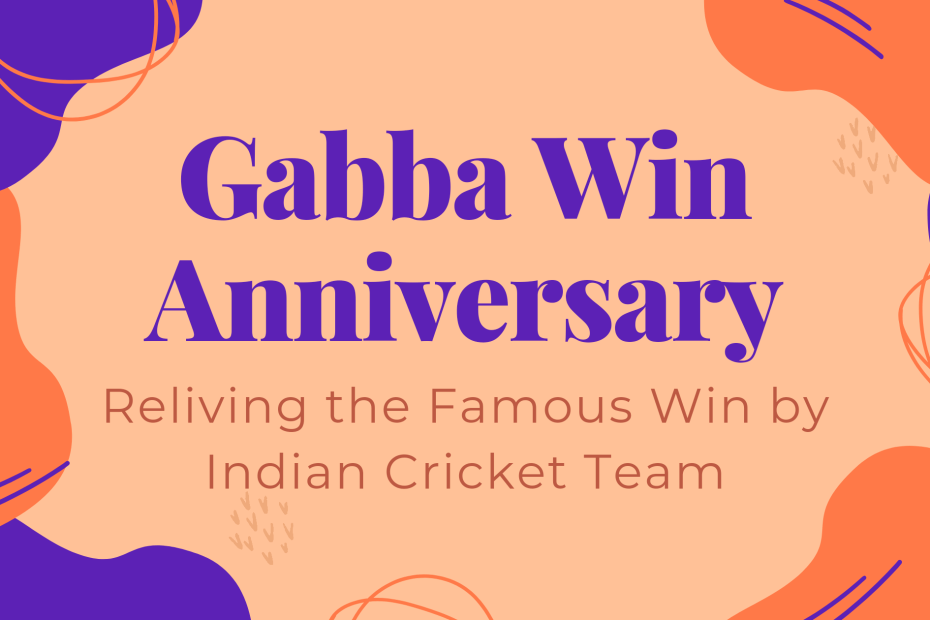 Hey guys, Welcome to FactsMinister. To we are going to the story the story of the famous test victory at Gabba. Yes, today is the Gabba Win Anniversary for the Indian Cricket Team. And there will be no better day to relive that astonishing story.

Last year on this day, the Indian cricket team upset Australia with a crushing triumph in Gabba, breaching Australia’s citadel to win the Border-Gavaskar Trophy 2020-21 by a score of 2-1. This win was very special to the cricketing world because no team had defeated Australia in the last 32 years on this ground, but a group did it with no experienced players.

For the Gabba Test match, India did not have a fully-fit squad, as several key players were injured. The series tied at 1-1, and Australia expected to win as the host and with a strong record in Brisbane. Australia was all out for 327 runs, and India needed to chase 328. At that time, it seemed impossible to pursue, but the only option for India was to draw the match, but Rishabh Pant and Shubman Gill dared to do it.

The match started the next day, and India was looking to defend the score, but Australia got an early breakthrough with Rohit Sharma scoring only seven runs. Cheteshwar Pujara came on the strike batting with Shubman gill. This partnership made India believe they could do it, with Gill scoring 91 and Pujara scoring 94. At this point, when we had hoped to win, these two batsmen lost their wicket, and the following two batsmen, Mayank Agarwal and Captain Rahane, got out similarly. Rishabh Pant, who was in the crease, had that courage and determination to do it when all Indian fans lost all hopes of winning. Pant, with a stunning knock of eighty-nine runs with nine fours and one six, achieved the unachievable. India won the match by three wickets and shocked the giant team by breaking Australian pride.

One Year Journey after Gabba

As of 19 th January 2022, it’s been a year since we brought glory to cricket history. Due to our team’s experience with Gabba, we have easily won the overseas tournament. Rishabh Pant regained the form, and he started contributing to India in death overs by playing a match-winning knock. Ultimately, the Indian Cricket Team and fans can never forget this achievement in their lifetime and try to carry forward this legacy in the future.