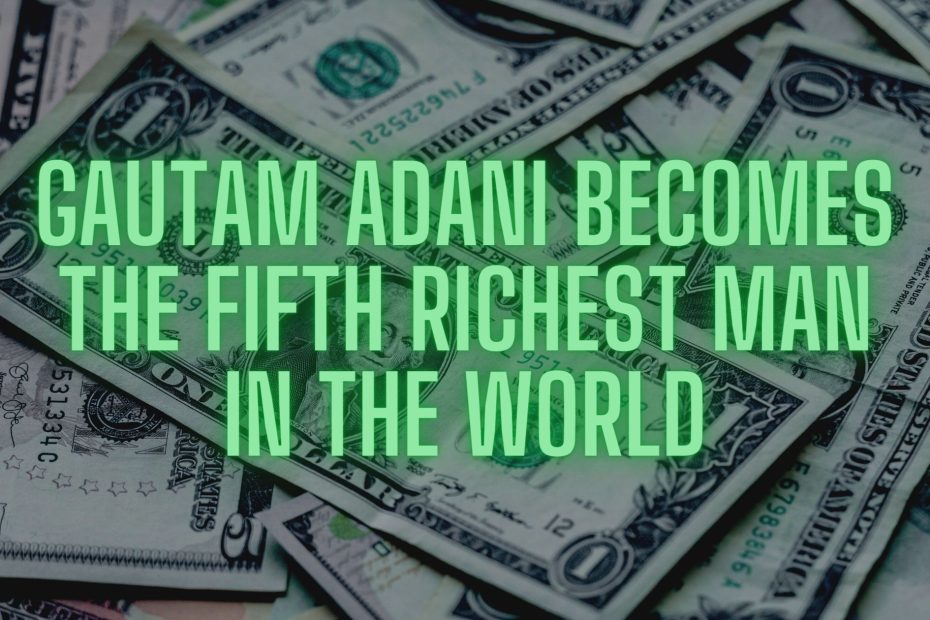 Gautam Adani, head of the Adani Group, has surpassed renowned investor Warren Buffett to become the world’s fifth richest person. Embed from Getty Images Gautam Adani, 59, is believed to have a net worth of $12370 million, according to Forbes. Buffett’s net worth is projected to be $ 12170 million at the same period. As a result of leaving Buffet behind, Adani has risen to number five on the list, while Buffett has fallen to sixth.

According to the Bloomberg Billionaires Index, businessman Gautam Adani’s wealth climbed by $ 4300 million in 2022, a massive 56.2 percent growth in his portfolio. At the same time, with an estimated net worth of $12370 million, he is India’s richest individual.

Only four people in the world are now wealthier than Adani:

Adani Group – From Airport to Ports

Gautam Adani is the chairman and founder of the Adani Group, which operates in a variety of industries including airports, ports, and power generation and distribution. Adani Enterprises, Adani Green Energy, and Adani Power are among the six publicly traded firms in India.

Last week, industrialist Gautam Adani stated that if the country’s economy grows to $30 trillion by 2050, no one will be able to sleep with an empty stomach. According to Adani, the year 2050 is around 10,000 days away. I expect to add around $25 trillion to our GDP over this time. I also believe that throughout this time, we will be able to remove all forms of poverty.