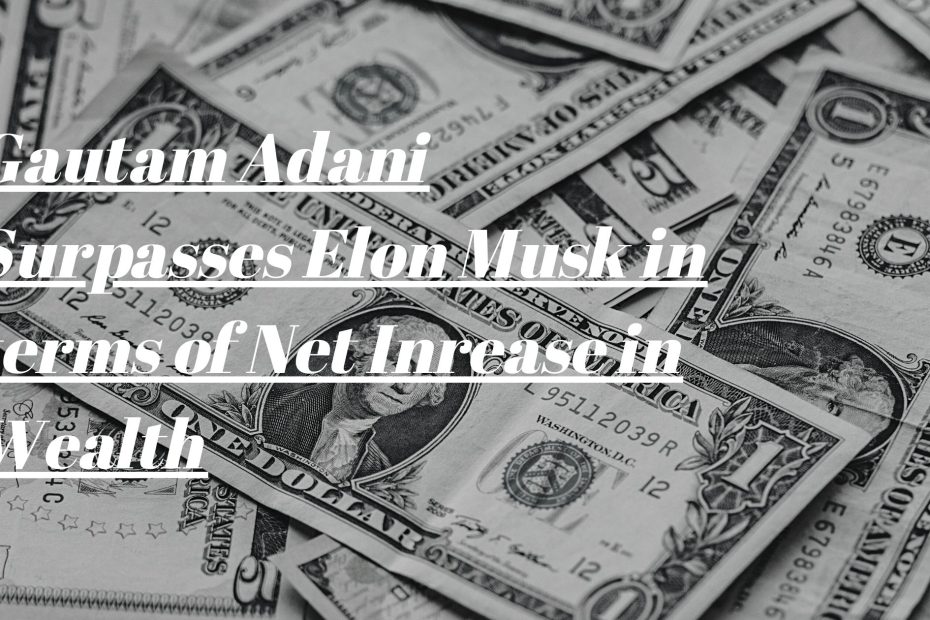 Gautam Adani, the second richest person in India and Asia last year, saw his assets rise by $ 49 billion in the year 2021. This is more than the net growth in wealth of Elon Musk, Jeff Bezos, and Bernard Arnault, the world’s three richest industrialists.

Mukesh Ambani, the chairman of Reliance Industries, is ranked 9th among the world’s wealthiest people. Cyrus Poonawalla, the chairman of the Serum Institute of India, is rated 55th on the list, with a net worth of $26 billion.

Adani is the second richest person in Asia after Ambani

Gautam Adani, the Adani Group’s CEO, became the world’s wealthiest person last year. During this time, Gautam Adani has added assets worth $ 49 billion. Gautam Adani’s wealth surged nearly fivefold after the listing of Adani Green, from US$ 17 billion in 2010 to US$ 81 billion in 2020. After Mukesh Ambani, Gautam Adani is Asia’s second richest man.

Mukesh Ambani is the 9th richest person in the world

According to the survey, Mukesh Ambani, Chairman of Reliance Industries, is the 9th richest person in the world, with a net worth of US$ 103 billion and a wealth growth rate of 24 percent. Gautam Adani has increased his wealth by 153 percent and is currently rated 12th among the world’s wealthiest people. Elon Musk, the founder of SpaceX and Tesla, Amazon executive chairman Jeff Bezos, and LVMH CEO Bernard Arnault are the top three billionaires on this list.

Mukesh Ambani is the richest Indian billionaire, with $81 billion, followed by Gautam Adani ($49 billion). Shiv Nadar and his family ($28 billion) comes in third place. Cyrus Poonawalla ($26 billion), and Lakshmi Mittal ($25 billion) take the fourth and fifth position respectively. RK Damani and his family, as well as SP Hinduja and his family, are among India’s top ten billionaires. They have a combined net worth of $ 23 billion.