Home » Goa Festival of Carnival : Everything you want to know

Goa Festival of Carnival : Everything you want to know 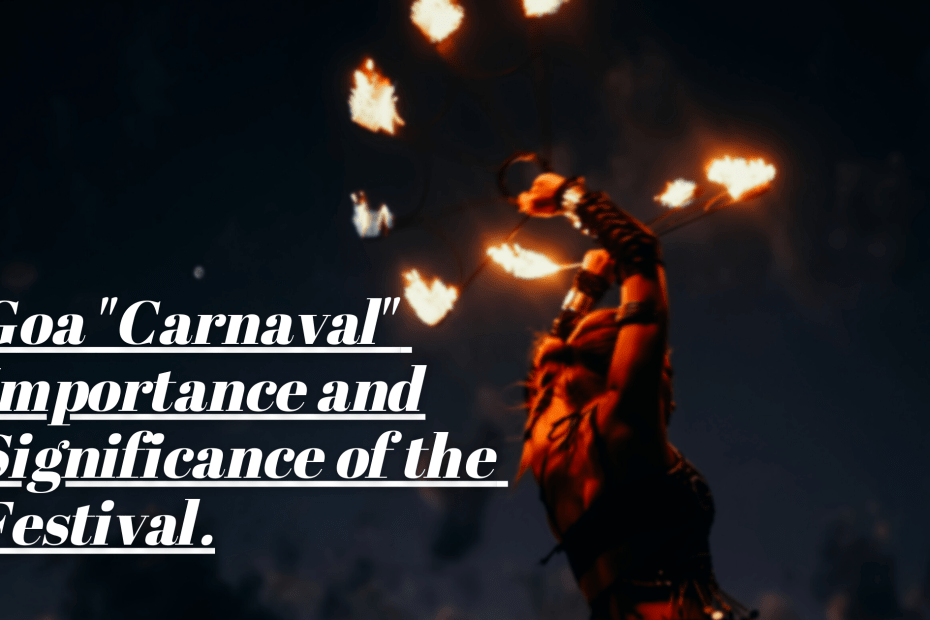 From February 26 to March 1 2022, Goa hosts its annual ‘Carnaval,’ or carnival fest. The colourful event, which dates back to the state’s former Portuguese overlords, is a pre-Lent celebration for Catholics in Goa. The colorful festival has been an eagerly awaited yearly event displaying Goa’s unique culture for decades, with float parades, music, dance, and gastronomic delights.

Significance of this Goa festival

The four-day observance, which begins on Saturday, recalls the days leading up to Lent, which Catholics observe as a season of abstinence and prayer. Lent is a six-week period leading up to Easter during which Christians abstain from drinking, eating meat, and fasting.

Importance of the festival

Winter spirits thought to govern the earth during these days had to  push away in order for summer spirits to enter. It was a transformation from darkness to light, a rite of passage. Additionally, all of the winter reserves had to be consumed before the warmer weather caused them to spoil, and a period of fasting would begin until spring provided the chance to lay in new food storage.Basically the celebration is of transition from Darkness to Light.

Tourist Attraction of the festival

Carnival celebrations in the state draw a large number of tourists as well as locals who go to different regions of the state to see float parades. While the Goa Department of Tourism organises carnival celebrations throughout the state, the Corporation of the City of Panaji (CCP) plays a significant role in the festivities in Panaji.

The festival begins with an opening ceremony and float parades around the streets. On its tree-lined streets, striking masks, colourful streamers, and lights adorn the streets. There are food and beverage stalls.Overall it’s a wonderful time for all Goans and also best time for those tourists who are planning to enjoy the beauty of Goa.