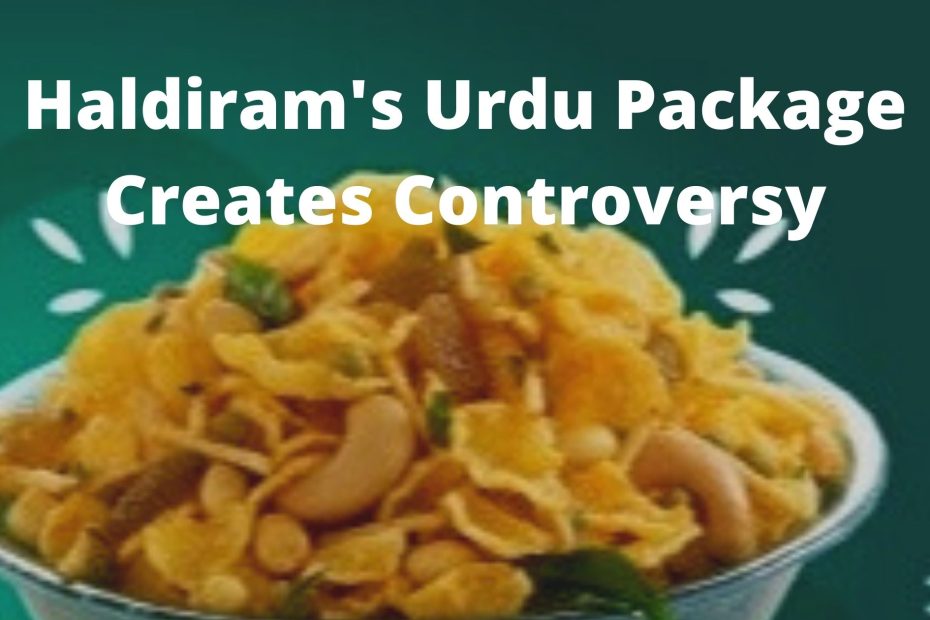 On social media, a video of a female news reporter entering a Haldiram’s outlet and causing an uproar over the text ‘Urdu’ on a package of Haldiram’s snack is gaining traction. The  female reporter has expressed her displeasure with the Urdu writing printed on the namkeen packets used during the fast. Following the video’s going viral, a new controversy has erupted on social media.

In the viral video, the female reporter enters a Haldiram’s store and asks the store manager, who is holding a packet of snacks, what have you written in Urdu on this fast’s packet and why? The reporter repeatedly questions the Haldiram’s outlet store manager, “Are you defrauding Hindus who fast throughout Navratri?” The store manager, on the other hand, firmly refuses to respond to the reporter’s queries.

Regardless, the reporter constantly asks the staff if animal oil has been used in this namkeen. The store manager tells the reporter that she can do anything but Haldiram would not allow such complaints. According to the store manager at Haldiram, we do not believe it is necessary to respond to your questions. During this time, the reporter and a Haldiram employee have a heated argument. Following there was a huge uproar in social media.

The hashtag Haldiram was trending on Twitter today. Some users supported the female reporter and some gave applause to the Store Manager of Haldiram.

According to user named Alishan Jafri “Amazing restraint by the Haldiram staff.  BTW, Sudarshan’s ‘sherni’ should know that it’s Arabic and not Urdu. Haldiram exports to muliple Muslim majority countries who buy Indian products without discrimination”