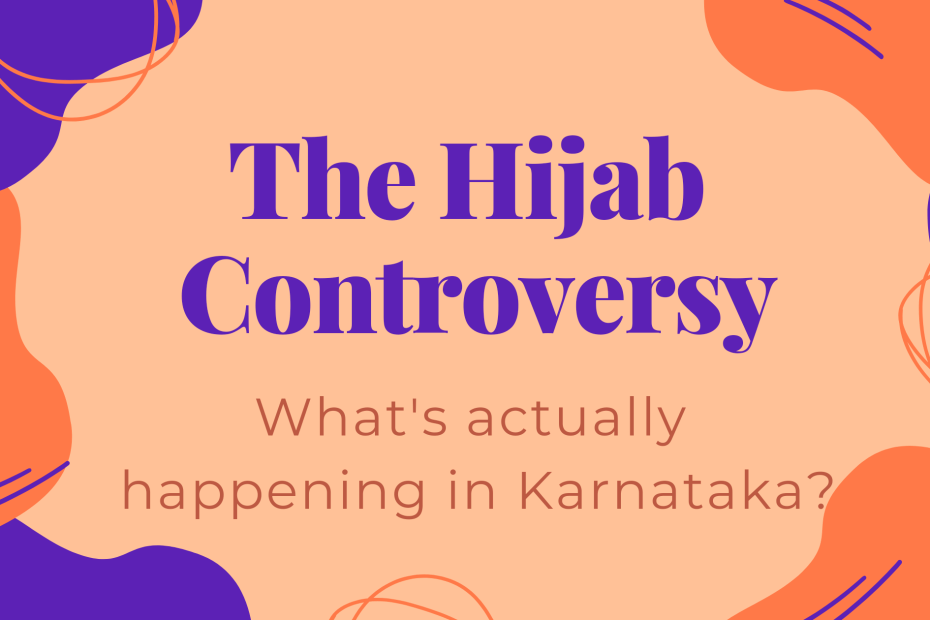 A hijab is a scarf that some Muslim women wear in public to cover their heads. The hijab is a symbol of modesty and solitude for many of these women. A woman may wear the hijab when she is around males who are not members of her family. Wearing a headscarf in the company of non-Muslims, including women, is as vital for other Muslims. Others who practise Islam prefer not to wear a headscarf at all. The word hijab comes from the Arabic word ajaba, which means “veil.”

Despite the fact that the headscarf is firmly ingrained in Islam, it is not referenced in the Koran. In the Quran, head covering is referred to as Khimar. “O Prophet, tell your wives and daughters and the ladies of the believers to put down their outer robes over themselves,” says Surah Al-Ahzab verse 59. It is more likely that they will  recognize and not be abused in this manner. Allah is always compassionate and forgiving.

What happened in January

January 1 st 2022 : Muslim female students at the state-run PU College in Udupi, Karnataka, claim they  denied access into the classroom because they wore hijab. Principal of the school Rudra Gowda did not allow them to enter the college,

January 3rd 2022 : Saffron scarves  worn by a group of college students in Karnataka’s Koppa district in protest of permitting Muslim women to wear hijab in the classroom.

January 19th 2022 : A conference held  involving students, parents, government authorities, and school management at the state-run PU College in Udupi, Karnataka, with the goal of resolving the Hijab issue. However, individuals who attended the meeting claim that no conclusion arrived.

January 20th 2022 : The five girls began protesting outside the school the next day. They carried posters in protest of the decision to prohibit them from attending lessons while wearing hijabs.

January 26th 2022 : To address the issue of hijabs in classrooms, the Karnataka government formed an expert committee.  announced that until the committee’s recommendations are taken into consideration, all girls should follow the uniform guidelines.

January 31st 2022 : A Muslim girl student from Udupi filed a writ suit in the Karnataka High Court, asking for a declaration that wearing a headscarf is a fundamental right.

What Happened in February

February 3rd 2022 : Some students at Sir MV Government College staged a protest against students who wore hijabs in class.

February 5th 2022 : Until the High Court issued an order in this regard, the Karnataka government asked educational institutions to obey the current uniform relevant rules. Some people were also arrested for carrying knives while protesting for hijab rights.

February 7th 2022 : The hijab – Saffron shawl protest erupted in many different colleges of Karnataka. Some schools and colleges declared a holiday.

February 8th 2022 : The situation turns worst : Some students started pelting stones and hoisting saffron flags in college campus.Due to prevailing situation CM Bommai declares a 3 days holiday for all schools and colleges across Karnataka. On the other hand Court hearing started.