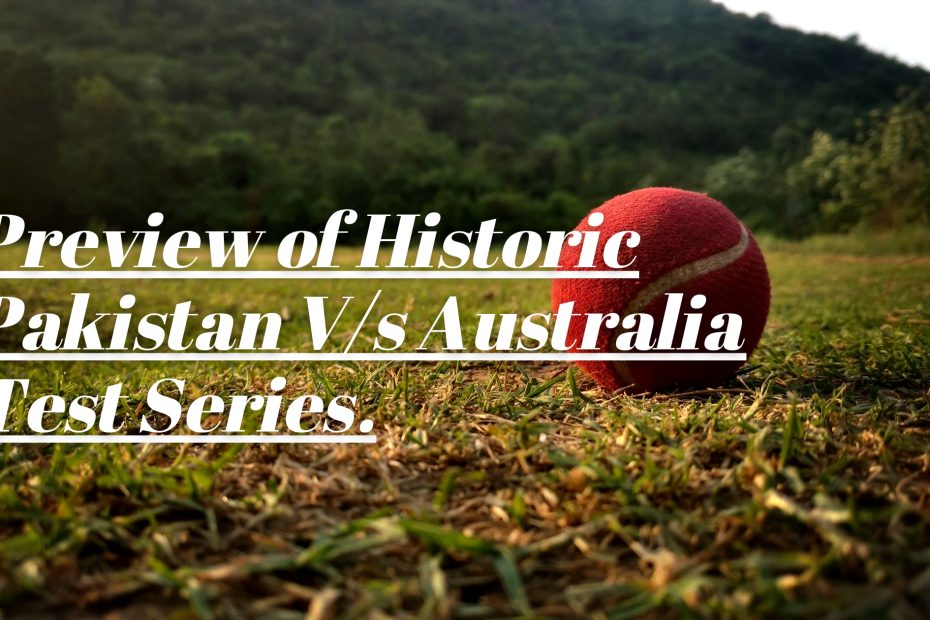 Players of the 18-man team selected for Australia’s first visit to Pakistan in 24 years arrived in Islamabad early Sunday morning on a chartered plane. Last time Australia visited Pakistan was in 1998, when they won the three-match Test series 1-0 and swept the three one-day internationals.

Before departing on April 6, Australia will play three Tests [starting from March 4th], three one-day internationals, and one Twenty20 match. Pakistan appeared to have satisfied international cricket authorities last year, with both New Zealand and England slated to tour. Pakistan had been obliged to play their home games abroad, primarily in the United Arab Emirates.

This tour is also historic because it marks Pat Cummins’ first foreign Tests since taking over as captain, as well as the start of the post-Justin Langer era following the coach’s departure earlier this month.

Arrangements made by Pakistan for the Match

Even Though New Zealand team slated to tour last year to Pakistan but just minutes before their first match scheduled to begin,the match was called off claiming security concerns. Soon after, England’s men’s and women’s teams postponed their travels as well.

But this year Pakistan officials  claim to be taking no chances this time, with around 4,000 police and military personnel stationed at the team accommodation in Islamabad and the cricket stadium in Rawalpindi, a neighbouring garrison city.

“The squad was given the title of ‘head of state-level security,'” a Pakistani interior ministry spokesman told the AFP news agency. “Such accommodations are made only for high-level foreign delegations, as well as Pakistan’s president and prime minister.” When the Australians undertake the 15-kilometer (9-mile) journey, roads will  close and army helicopters will fly overhead. Snipers will be stationed on adjoining buildings, while nearby stores and offices are instructed to close on match days, according to the interior minister.