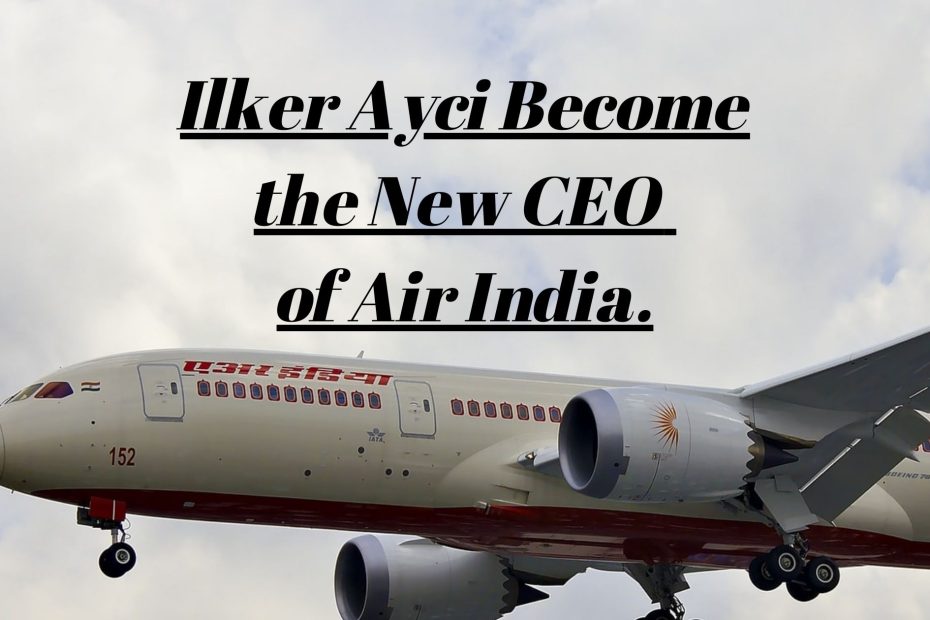 The Tata Group announced Monday that former Turkish Airlines Chairman Ilker Ayci was named as Managing Director and CEO of Air India, which it acquired from the government last month.

In the year 1971, Ayci was born in Istanbul. According to the Tata Group, he graduated from Bilkent University’s Department of Political Science and Public Administration in 1994. He completed an International Relations Master’s degree at Marmara University in Istanbul in 1997 after a research stay in political science at Leeds University in the United Kingdom in 1995. Also a prominent Chairman of the Investment Support and Promotion Agency of the Republic of Turkey in 2011.

Ilker Ayci has been the chairman of Turkish Airlines since 2015, and announced his departure on January 27,

Reason for his appointment

The Tata Group has set its sights on appointing an international executive to lead the airline. Before naming Ayci for the position, the conglomerate interviewed a number of individuals, including those who are currently or have previously worked for European and American airlines. This aligns with the group’s goal of reviving the airline’s global brand.

“Ilker is an aviation industry veteran who brought Turkish Airlines to its current success during his stint there,” Tata Group Chairman N Chandrasekaran said in a statement. “We are ecstatic to welcome Ilker to the Tata Group, where he will lead Air India into the future.”

I am pleased and privileged to be given the opportunity to manage a famous airline and join the Tata Group. We will use Air India’s great tradition to make it one of the best airlines in the world, with a distinctly superior flying experience that embodies Indian warmth and hospitality, working closely with my colleagues at Air India and the Tata Group’s leadership.

In 1932, the Tatas founded Tata Airlines, which was eventually renamed Air India in 1946. The airline was taken over by the government in 1953, but JRD Tata remained its chairman until 1977. The handover marked Air India’s return to Tatas after 69-years.

1 thought on “Ilker Ayci | The New CEO of Air India”