Home » India Abstains again from voting in the UNGA Resolution

India Abstains again from voting in the UNGA Resolution 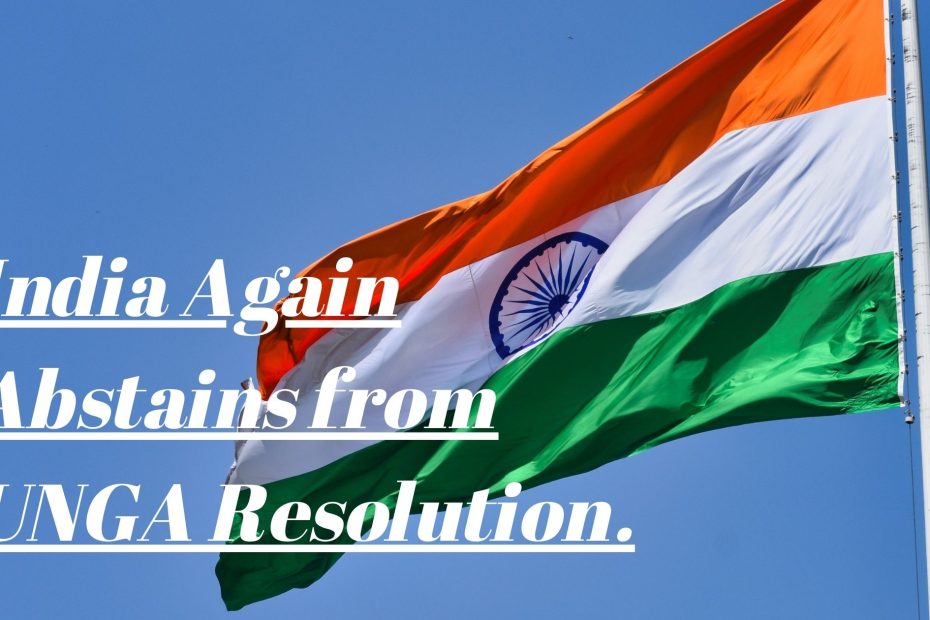 India abstained in the UN General Assembly on a resolution condemning Russian aggression against Ukraine. Reiterating that differences can only be resolved through dialogue and diplomacy. India demanded “safe and uninterrupted” passage for all of its nationals, including students still stranded in Ukraine and cities in conflict zones.

The resolution passed with overwhelming support in the 193-member General Assembly. With 141 nations voting in favour and five voting against. Afghanistan, Canada, France, Germany, Ireland, Kuwait, Singapore, Turkey, Ukraine, the United Kingdom, and the United States were among the nearly 100 UN Member States who backed the resolution titled “Aggression Against Ukraine.” To be enacted at the General Assembly, the resolution needed a 2/3 majority of those voting yes or no.

The resolution ordered that Russia stop using force against Ukraine immediately. Also refrain from threatening or using force against any other UN member state. The resolution, also condemned Russia’s declaration of a “special military operation” in Ukraine. On February 24, requested that Moscow withdraw all of its military forces from Ukraine’s territory within internationally recognised borders.It should be  “immediately, totally, and unconditionally.”

Countries Voted against the Resolution