India Choose Abstention in the UNSC Resolution Hosted by USA. 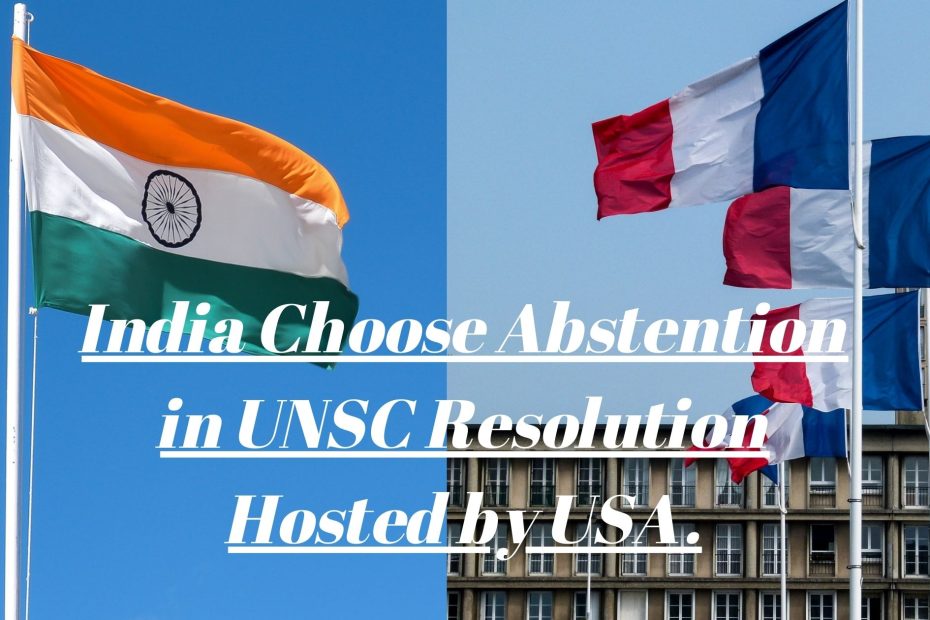 India voted against a UN Security Council resolution endorsed by the US that “strongly condemns” Russia’s “aggression” against Ukraine, saying discussion is the only way to resolve differences and conflict.

India did not support the resolution’s harsh language condemning Russia’s actions.Instead abstained from voting . It seeks to strike a balance between the Western bloc led by the United States and Russia, as it has strategic partners on both sides.

Where will this resolution lead us in future days?