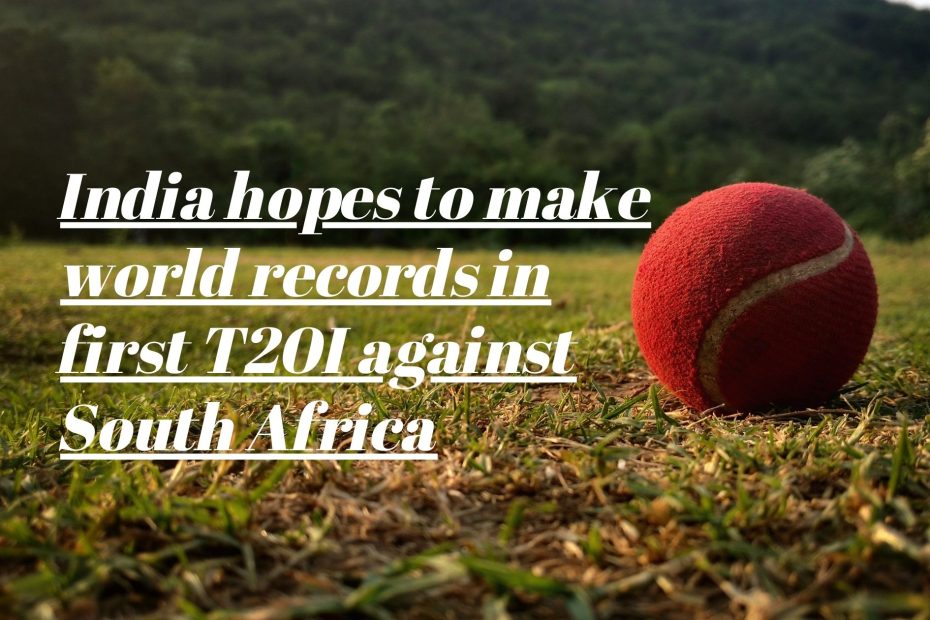 The Arun Jaitley Stadium in Delhi will host the first match of the T20 series between India and South Africa today. Team India will be looking to win their 13th T20I encounter in a row in this match. Two key Indian players were ruled out of the team prior to the commencement of the series owing to injuries. This series will be played without Captain Rahul and Kuldeep Yadav. In such a situation, Rishabh Pant has been named the captain and Hardik Pandya has been named the vice-captain.

In Twenty20 International cricket, India has won 12 games in a row. If they beat South Africa today at the Arun Jaitley Stadium, it will be their 13th straight win, a world record, but Rahul’s injury has made this look tough as of now. Under the leadership of Temba Bavuma, the South Africans have assembled a formidable squad. Also in their advantage is the fact that South Africa has not lost a white-ball series in India since 2010.

Rishabh Pant to be first time captain of Indian Team

For the first time, Rishabh Pant will lead the team as captain. After Virat Kohli, he was pushed to become the team’s captain, but Rahul was given the nod. As a result of Rahul’s injury, the command has been passed to him. Pant has previous IPL captaincy experience. For two seasons, he led the Delhi Capitals as their skipper. His captaincy and performance will definitely be put to the test in this series.

Since last year’s World Cup in the United Arab Emirates, the South African side has not played together in T20s. Since then, the team has been preparing to play against the Indian Team. Temba Bavuma, the squad’s captain, makes it clear that he will be looking to prepare the team for this year’s World Cup in Australia. In the bowling department, Bavuma possesses fast bowlers like Rabada, Nortje, and Jenson, as well as spinners like Tabrez Shamsi and Keshav Maharaj. Whereas David Miller created a name for himself in the IPL. Rassie Van Der Duusen and Markram also look in good form in terms of batting.