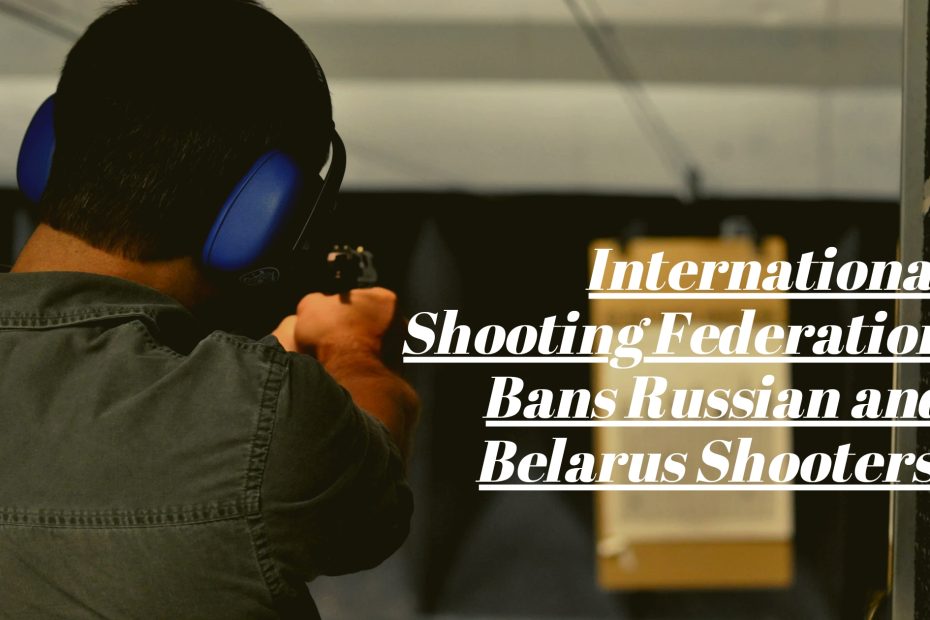 The International Shooting Sport Federation (ISSF) has prohibited shooters from Russia and Belarus from participating in all ISSF tournaments. The decision was made when Russian shooters competed in a World Cup in Cairo, Egypt, till Tuesday. ISSF has issued a statement indicating that they may no longer be able to participate in the tournament. Athletes from the Russian Federation and Belarus will not be able to compete in ISSF Championships,” the ISSF said, citing a decision by the International Olympic Committee (IOC) Executive Board and a meeting with the IOC President.There are also chances that Russian players will be banned from participating in Olympics.

Russia has already  denied hosting rights for the 2022 European Shooting Championships, which scheduled to take place in Moscow in August, and the country’s bid to host the next ISSF World Championship 2023 is also in doubt [considering the present situation]

Why does the ISSF ban Russian shooters?

The move is in accordance with an IOC directive to force dozens of sports governing bodies to ban Russian athletes and officials from international competitions. This move, according to the IOC, is necessary to defend the integrity of global sports events as well as the safety of all participants. Following Russia’s invasion of Ukraine last week, the International Olympic Committee’s executive board advised on Monday that international federations and organisations “not invite or allow Russian and Belarusian athletes and officials” to compete.

Belarus is also banned for their support of Russian Invasion in Ukraine.