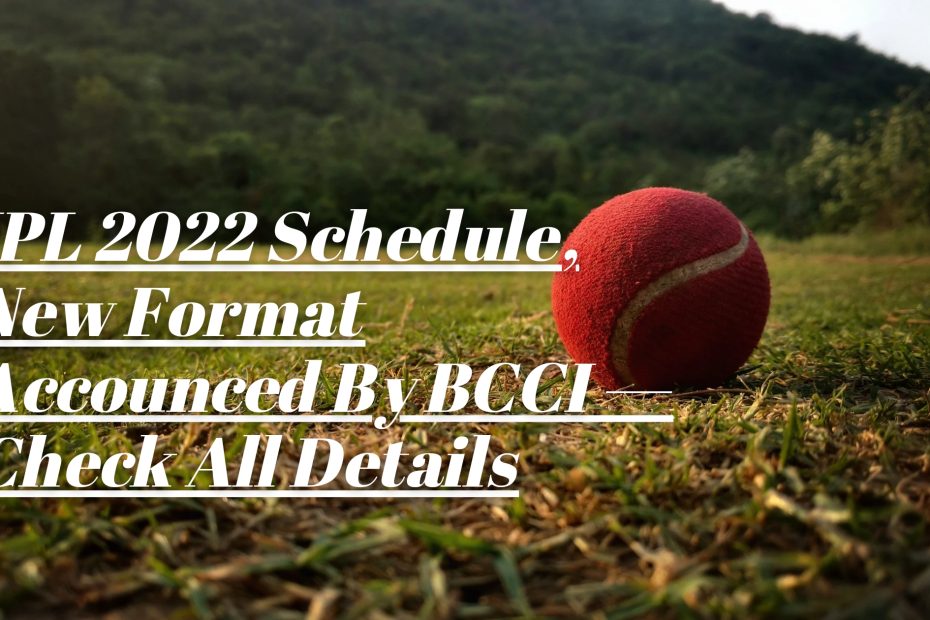 The BCCI gave good news to all the cricket lovers on Friday by announcing the IPL 2022 Schedule, Format and Groups.This year it’s a complete change in format of matches played than  usual Ipl matches held previously. The new season, which will feature ten teams, will begin on March 26 and conclude on May 29.

The board also acknowledged that four places in Mumbai and Pune [corridor] will host up to 70 league matches, 14 more than the IPL 2021, which featured only eight teams. The decision to start the matches in a single hub was made in order to mitigate the risk of Covid-19 virus.

Number of matches and playoffs in IPL 2022 Schedule

From March 26 to May 29, there will be 74 matches in the IPL 2022. In Mumbai and Pune, 70 league matches will be played. The BCCI announced on Friday that the locations for the four play-off matches, including the final, will  be determined at a later date. During the league stages, each team will play 14 matches.

Venues of IPL 2022 and Matches

All 70 league matches were played at three stadiums in Mumbai and one in Pune.

So basically logic behind this division is 4 matches each will be in Wankande and DY Patil [played] by all 10 teams.

Also, 3 matches each played in Brabourne and MCA International stadium [played] by all 10 teams.

1.Mumbai Indians : Mumbai Indians one of the most successful teams in the history with 5 titles will participate in Group A . Mumbai Indians will play against KKR, RR, DC, LSG and CSK two times in the tournament and  play with GT, PBKS, RCB and SRH once.

For more information related to auction refer to the link below :

4.Punjab Kings : Punjab Kings is one of the exciting teams in the Ipl.They will play in Group B team.Punjab Kings will play against CSK, SRH, RCB, GT and DC two times  and will play with MI, KKR, RR and LSG once.

Overall with the release of new teams, format and Groups it is going to be one of the best Ipl since its inception.The Auction of players even made it one of the exciting tournament.The festival of ipl will start for all cricket lovers will start from 26th March till the finals on 29th May.All cricket enthusiasts will look forward for a good cricket experience in this new version of  IPL 2022 league.