Jai Bhim Oscar Nomination – What makes the movie so unique? 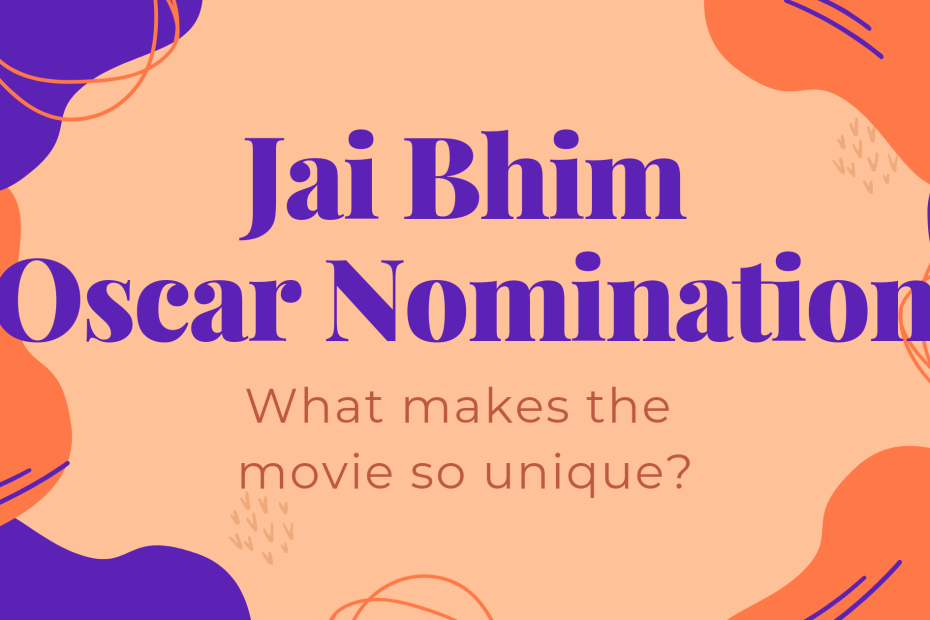 Hey guys, Welcome to FactsMinister. Today we are going to talk about Jai Bhim, a Tamil movie.

Jai Bhim, a Tamil film, and Marakkar, a Malayalam movie, are eligible for the 94th Academy Awards. The academy awards shortlisted 276 movies, and the final nomination list will be out on Feb 8th. Jai Bhim broke all the records from the moment it was released on Amazon Prime. It is the number one ranked movie in Imdb, surpassing legendary films such as Shawshank Redemption and Godfather. What makes this movie so unique? Let’s discuss it in the article.

Jai Bhim translates to “Long Live Bhim,” a phrase popularised by supporters of BR Ambedkar, who was India’s first law minister and the principal author of the country’s constitution. The movie Jai Bhim is a classic movie based on the real-life incident. The actor Suriya played the role of Chandru,who is one of the greatest lawyers in this country who fought for the rights of Dalits and marginalized communities. The movie’s beginning shows us the stark division of crime in the society. In the scene, the police officers are separating crimes done by culprits based on caste. Those from the particular category left, and people belonging to the lower class were punished for the crime [Some charged for the crimes they didn’t commit].

The story’s main plot revolves around Sengeni and Rajakannu, a couple from the Irular tribe[considered to be lower caste], living in a hut in lousy condition. The cops apprehended Rajakannu for his alleged crime of stealing from a village head’s house and then went away from the station. Sengeni enlists the assistance of a lawyer, Chandru, to seek justice for her husband. Chandru files a habeas corpus petition and recommends Rajan’s case  to be investigated further. After an excellent argument by Chandru , Court finally hears the habeas Corpus and gets shocking news of the murder of Rajakannu by Police. , Court registered the custodial death case, and the Government gave compensation to the families to Sengeni.

Why should the film win an Oscar?

The movie’s storyline impressed the audience as the custodial torture and discrimination against Dalits are shown. The movie Jai Bhim is a new revolution in the film industry. It has shown a light to upcoming directors to produce movies that reflect the dark realities of society. The movie director TJ Gnanavel was initially sceptical about the film on how people will react but cherished seeing the film’s response. Jai Bhim deserves to win the 94th Academy awards. This movie leaves no stone unturned from its brilliant screenplay to exposing the dark realities of society.

1 thought on “Jai Bhim Oscar Nomination – What makes the movie so unique?”