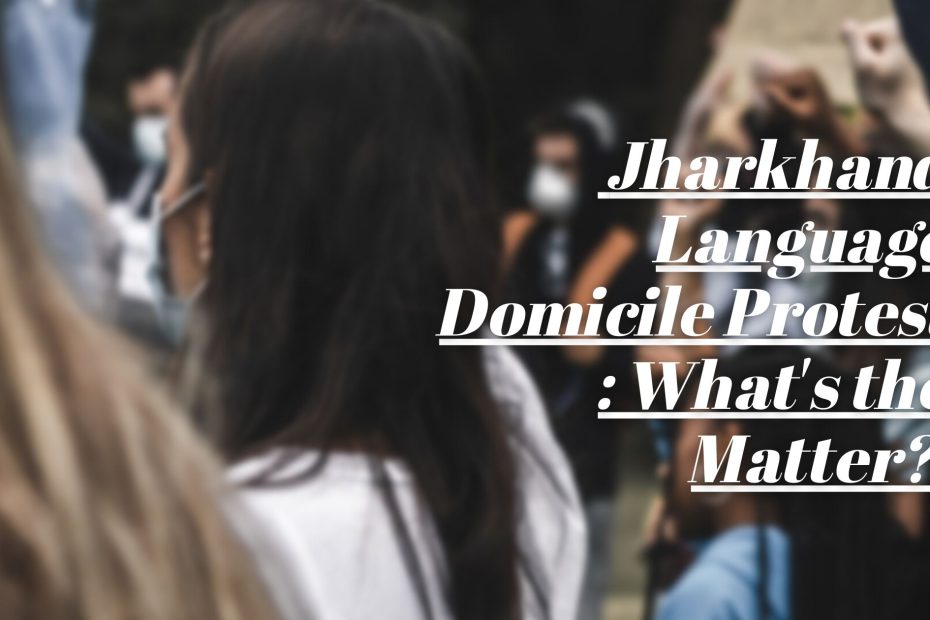 Massive protests are taking place across Jharkhand against the inclusion of Bhojpuri and Magahi as “regional languages” in district-level government job competitive examinations. Hundreds of protestors, including women, marched with placards and chanted anti-government chants.

Since the last week of January, the protests have gained traction, with some very big gatherings seen in recent days. Thousands of people demonstrated in Ranchi’s Silli district.

The Jharkhand Personnel, Administrative Reforms, and Rajbhasha Department said on December 24 that Magahi, Bhojpuri, and Angika, among other regional languages, would  include in the district-level selection process through the Jharkhand Staff Selection Commission’s tests (JSSC). The notification sparked outrage among some individuals, particularly in Bokaro and Dhanbad, who considered the introduction of Bhojpuri and Magahi as an “infringement” on Adivasi and Moolvasi rights. The protesters claim that the “low number” of Magahi and Bhojpuri speakers in these two districts does not “justify” their inclusion in the employment selection process.

Flagbearer of the Protest

The Jharkhandi Bhasha Sangharsh Samiti, an apolitical Moolvasi and Adivasi organisation, has organised more than 50 protest gatherings. The rallies, according to Tirth Nath Akash,  where to put pressure on the administration to include these languages in the two districts of Bokaro and Dhanbad.

The exams will be held for appointments to lower-level jobs in the districts, and the eligibility conditions are simple. However, these positions have yet to be published.

The announcement is for the selection of matriculation Class 10 and intermediate Class 12 pass candidates through JSSC examinations at the district level.” It does not apply to the selection procedure at the state level. As of currently, no job openings have been advertised in response to the notice.

“Bahri bhasa Jharkhand mein nai chaltu,” say placards and banners raised at the protests. (Languages from beyond Jharkhand are not permitted.)” However, as Dungdung noted, the demonstrators had no objections to Bengali or Odia being designated as regional languages, nor to Bhojpuri and Magahi being designated as regional languages in other districts.

Check out more of the Trending News Articles.