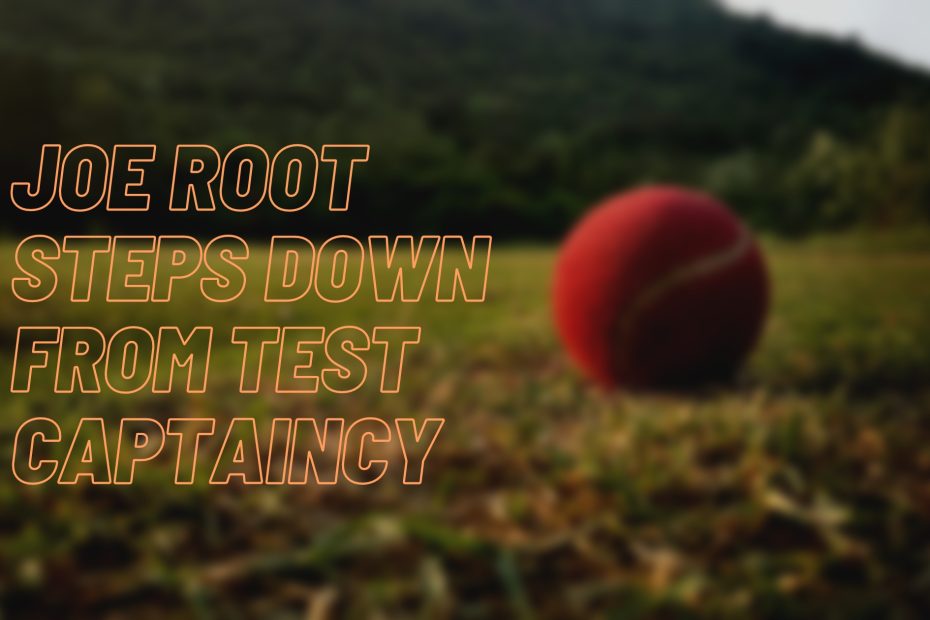 The England Test cricket squad, which has been struggling recently, has suffered yet another blow. Joe Root has resigned as England’s Test captain. Following their Test losses to Australia and the West Indies, England found themselves on the edge of a new low. England lost the Ashes 0–4 and the West Indies 0–1. With 27 Test victories, Joe Root was England’s most successful Test captain. During this time, he surpassed Michael Vaughan, Sir Alastair Cook, and Sir Andrew Strauss.

Joe Root had a great career as a batsman, but his constant failure as captain  prompted him to make this decision. “After returning from the Caribbean tour, I deliberated and decided to step down as England’s Test captain,” Joe Root said, according to the England and Wales Cricket Board. It’s been a difficult decision, but after consulting with my family and close friends, I believe now it is the perfect moment.

Root went on to say, “I love leading my country, but I’ve lately realised how much leadership has affected me, both on and off the field.” I’m looking forward to play for England and contributing to the team’s success. I’m looking forward to assist with the new captain and supporting my teammates and coaches in any way that I can.

Joe Root career as a captain of England Cricket Team

Root expressed his pride in having led his country in his recent resignation letter. In 2017, Joe Root was named as England Captain. He replaced Sir Alastair Cook at that time. Root had led England to a number of significant victories, including a 4-1 series victory over India at home in 2018 and a 3-1 victory over South Africa in 2020.

In 2018, Root became the first English skipper to win a Test series in Sri Lanka since 2001. In 2021, he replicated the feat with a 2-0 win in Sri Lanka. Root has already scored 14 centuries as captain and is England’s second-highest Test run-scorer behind only Cook. He has the most runs as captain of England[ 5,295 runs] and is placed fifth in all-time greats behind Graeme Smith, Allan Border, Ricky Ponting, and Virat Kohli.