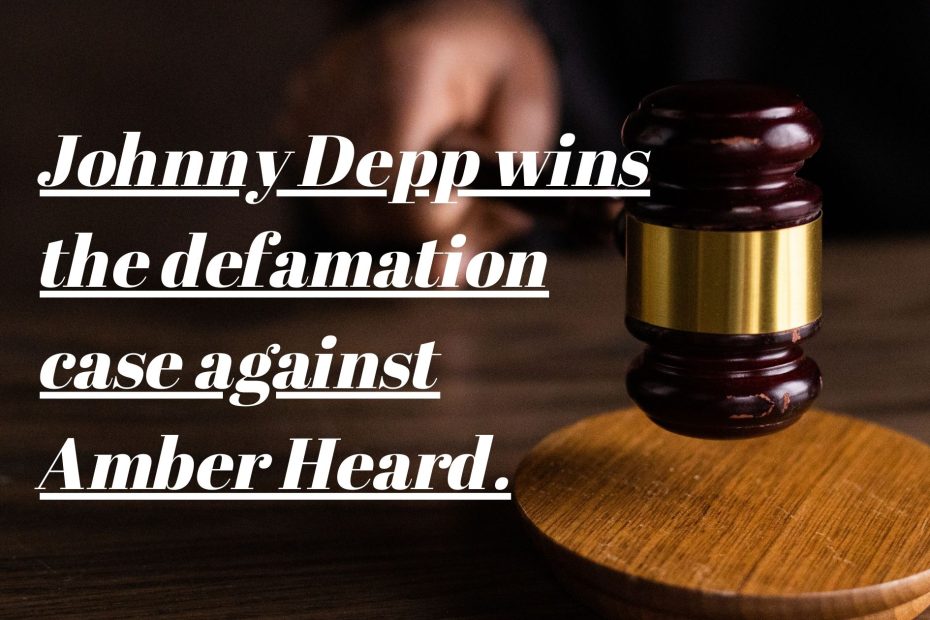 Johnny Depp has been in the spotlight for quite some time due to his high-profile defamation case against his ex-wife Amber Heard. A long court struggle between Johnny Depp and Amber Heard has finally resulted in a decision. Many surprising disclosures came out one after the another in this long-running judicial struggle. The court has handed  its decision in this case after over 100 hours of testimony over the last six weeks.

Furthermore, the jury found Johnny Depp guilty of some of the defamatory counts in Amber’s countersuit. In this case, the actor has been required to pay $2 million in compensation. The crowd assembled outside the courthouse was spotted celebrating as soon as the judgement in Johnny’s favour was announced, according to the reports.

The long defamation battle comes to end after nearly 4 years

The legal tussle between Johnny Depp and Amber began in 2018, when Amber published an article in a newspaper. She claimed herself as a victim of domestic violence in this statement. Following this, Johnny Depp sued Amber for slander. Since then, both have revealed details about their personal lives. In February 2015, Johnny and Amber tied the knot. Both of them divorced after two years.