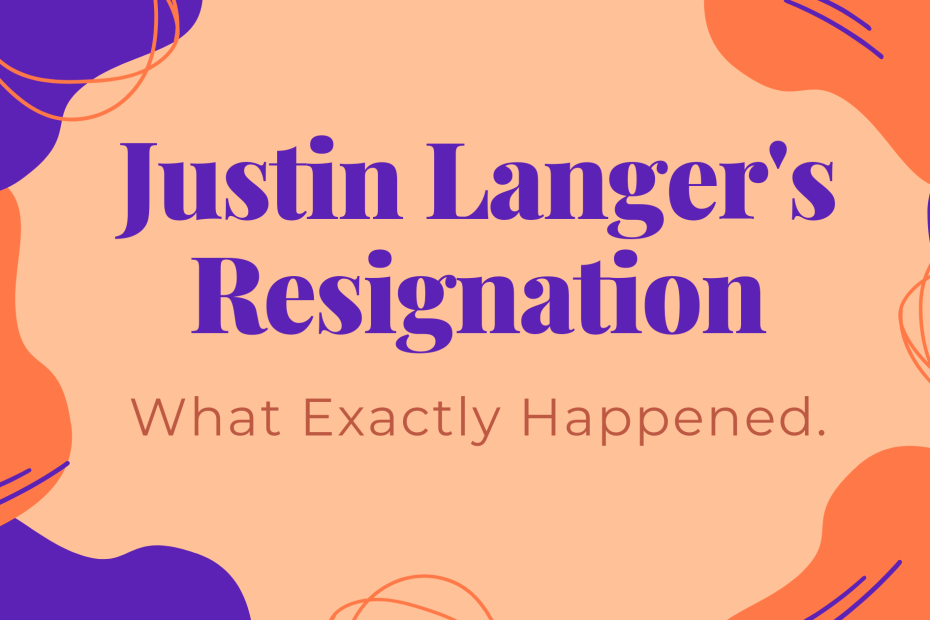 Hey guys, Welcome to FactsMinister. Today we will be talking about the recent resignation by Justin Langer, former Cricket Australia’s coach.

Justin Langer is a former cricketer and cricket coach from Australia. He was the former coach of Australia’s men’s national team, having taken over in May 2018 and stepping down in February 2022. Langer, a left-handed batsman, is most known for his combination with Matthew Hayden as Australia’s test opening batters in the early and mid-2000s, which is widely regarded as one of the best ever. Langer represented Western Australia in domestic cricket and also played for Middlesex and Somerset in English county cricket. He holds the record for the most runs scored by an Australian in a first-class match.

DSEG stated that its client Justin Langer resigned as coach of the Australian men’s cricket team on Feb 5th , 2022. Following a failed seven hour meeting with Cricket Australia. The resignation takes effect right away even though they will face Sri Lanka in the upcoming test match.

Justin Langer appointed as a coach after the infamous ball tampering case. He took the Australian cricket to new heights after the poor performance. His guidance was the main reason Australia won the world t20 and Ashes recently.

The trigger started when players and support staff launched a full-scale rebellion in August over Langer’s strong and unpredictable micromanagement approach, he  forced to take a back seat as coach. Also Langer wanted to seek a long term contract with Australian cricket but the cricketing board disagreed and agreed only till t20 world cup 2022. The talks broke off and Langer gave his resignation.

Langer apologised in his resignation letter to Cricket Australia (CA) administrators, but added that he values “honesty, respect, trust, truth, and performance,” which some may have misinterpreted as “too intense” in his working approach.

He also said “It is believed that if you leave things in a better state than when you started, you have accomplished your goal.” While I cannot evaluate, I hope Australians respect what has been accomplished in Australian cricket over the last four years.”

Former colleagues and ex-Australian players such as Ricky Ponting, Matthew Hayden, and Mitchell Johnson have all expressed their support for Langer.

Mathew Hayden – “If he was hoping for the current Australian cricket team to put on a compassionate front, I dare say they won’t, and that, to me, is the real tragedy here.”

Mitchell Johnson – “It simply feels like he was dragged into it.” “I can’t say I blame him.” I think the shambles that have occurred throughout this contract saga have been nasty, and I believe it has finally caught up with him, and I believe it is a symbolic gesture by Cricket Australia.”