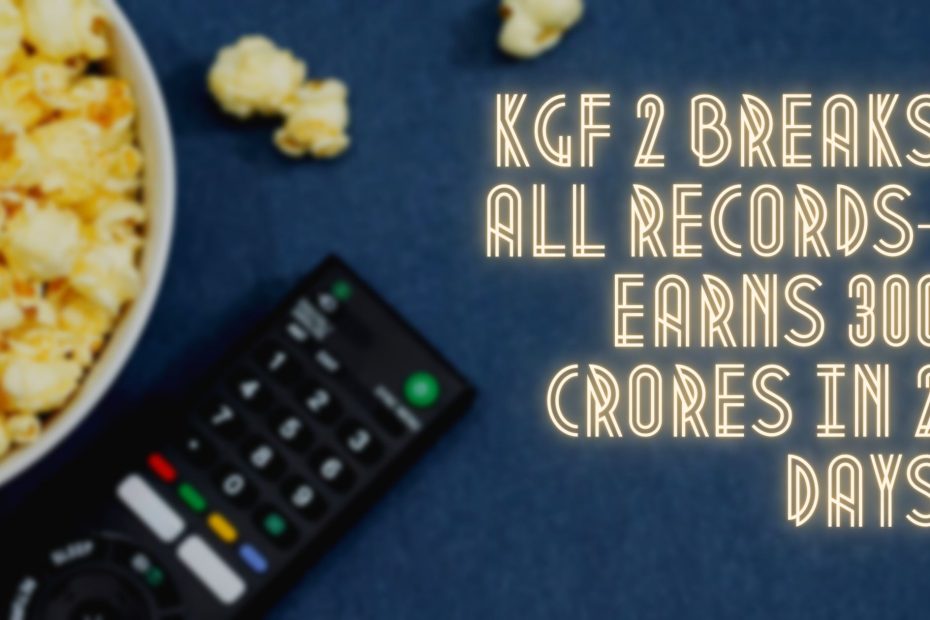 KGF-2, starring Yash , had a fantastic opening in India. On its second day in the Hindi belt, the film earned Rs 46.79 crore. Only in the Hindi language, the film has made a total of 100.74 crores. This is the first Hindi dubbed film to make this much collection in two days; Bahubali 2 had previously made around 81 crores in two days. At the same time, KGF-2 had a worldwide gross collection of 139.25 crores on its second day.

The first day’s worldwide collection was 165 crores. The film’s two-day cumulative business has surpassed Rs 304 crore. Apart from Kannada actor Yash, the film also stars Sanjay Dutt and Raveena Tandon and was made on a budget of around 100 crores. Prashanth Neel is the director of the film.

KGF-2 is a tsunami at the Hindi box office, according to film critic Taran Adarsh, who posted a tweet on social media. The film earned 46.79 crores on Friday, its second day of release, and 53.95 crores on its first day.

Currently as per IMDB ratings the movie has 9.7 stars out of 10. Overall the movie in accordance with its collection is a blockbuster.