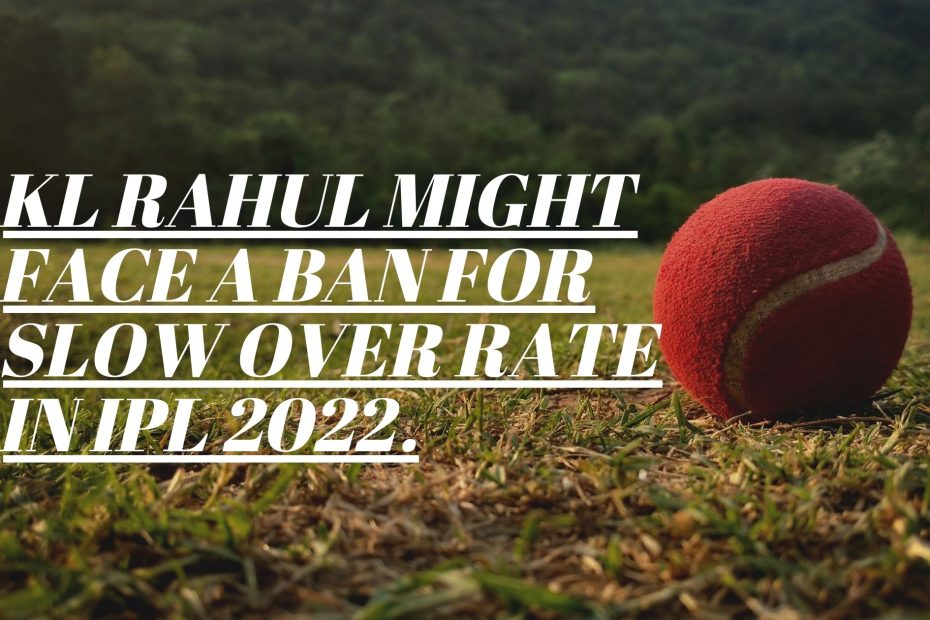 KL Rahul, who led his team Lucknow Super Giants  to victory against Mumbai Indians with an unbeaten century, appears to be in risk of getting banned. LSG scored 168 runs in the match, while Mumbai were restrained to just 132 runs by LSG bowlers and Lucknow Giants won the match by 36 runs.

24 Lakhs fine on Captain Rahul; Fine of 6 Lakhs or 25 percent match fee for rest of the team

Despite this stunning triumph, the IPL Governing Council has imposed sanctions on the Lucknow Super Giants. This penalty was levied because of the slow overrate. KL Rahul, the captain, was fined Rs 24 lakh, while the rest of the team was fined Rs 6 lakh or 25% of the match cost, whichever is less.

Lucknow has been fined for slow over-rate for the second time this season. If the Lucknow team commits the slow over rate error for the third time, KL Rahul, the team’s most aggressive batsman and captain, will be suspended for one match. If the skipper is punished for the third time in a season for sluggish over rate, he faces a one-match suspension and a fine of Rs. 30 lakhs, according to the rules.

The Mumbai Indians won the toss and chose to bowl first. The bowlers improved their performance, but they were unable to dismiss KL Rahul. With the help of 12 fours and four sixes, Rahul scored an unbeaten 103 off 62 balls. In the last over, he hit a six to complete his century. Manish Pandey, in addition to Rahul, scored 22 runs in 22 balls. Mumbai Indians lost their eighth match in a row in the Indian Premier League. The team could only manage 132 runs for the loss of eight wickets while chasing the 169-run mark.