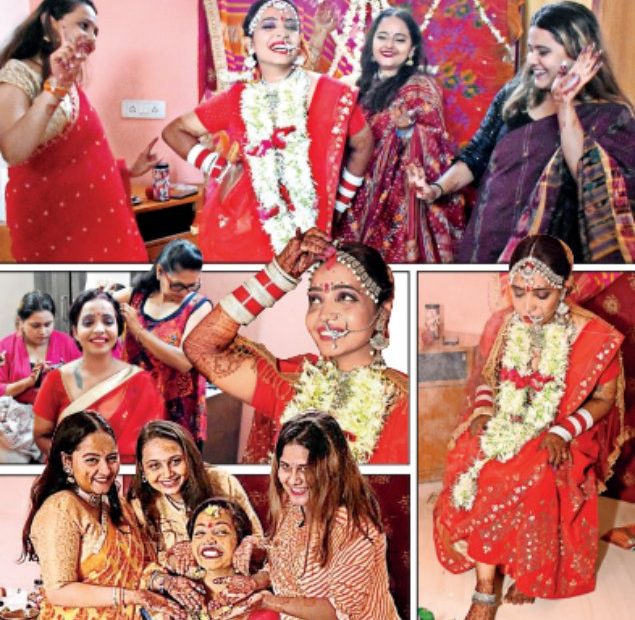 Kshama Bindu of Vadodara, Gujarat,  married herself realising her ambition of sologamy. To avoid any issues, Kshama married on her own on Wednesday, three days ahead of schedule on June 11. The single marriage of Kshama Bindu sparked controversy. According to popular belief, Hinduism does not permit such unions. Kshama was also advised that such marriages should not be permitted in the temple. Without a groom, Kshama Bindu took seven rounds. Friends and family members applied turmeric to her.

At her house in Gotri, Vadodara, Kshama married according to Hindu customs. In this unique marriage, neither the groom nor the pandit conducted the seven rounds ceremony. The wedding was attended by Kshama’s close friends in addition to her relatives.

According to reports, this is the country’s first such marriage. Kshama Bindu has revealed her intention to marry as a single woman. She initially announced her nuptials on June 11 at a Vadodara temple, stating she didn’t want to get married but would marry herself to fulfil custom. But the temple didn’t allow her permission to do this so the marriage took place in her home. Many politicians and religious activists opposed her decisions but Kshama didn’t change her decision.

Despite the temple’s opposition to the marriage and the Pandit’s refusal to execute the ritual, Kshama persisted in performing the sologamy marriage. To compensate for the lack of Pandit, rituals were performed by playing wedding mantras on tape. Kshama had stated during the announcement of Sologamy Marriage that she had never wanted to marry but had a desire of becoming a bride, therefore she decided to marry herself.