Home » Lalu Prasad Gets Another Conviction : A Timeline of the Fodder Scam

Lalu Prasad Gets Another Conviction : A Timeline of the Fodder Scam 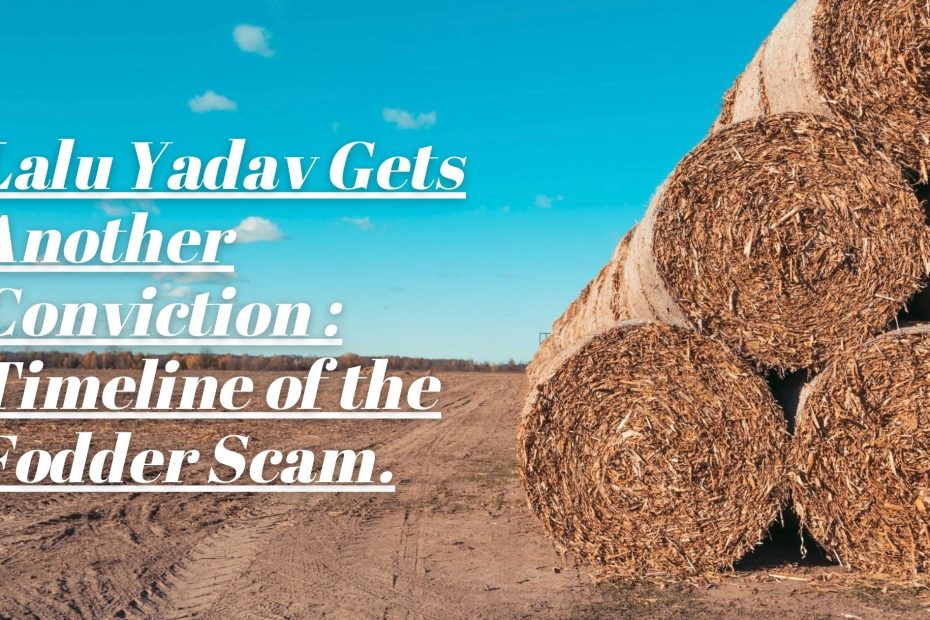 In the Rs 139.35 crore Doranda treasury misappropriation case, one of the fodder scam cases, a special CBI court in Ranchi convicted former Bihar chief minister and RJD head Lalu Prasad. Lalu had already been convicted of the fodder scam in four previous instances and is currently on bail.

The fodder scam involves alleged illicit withdrawals of an estimated Rs 950 crore from the treasury of undivided Bihar, largely between 1992 and 1995. Officials from the department of animal husbandry allegedly used false bills to withdraw money for fodder, medicine, and artificial insemination equipment.

When Lalu, who was in charge of animal husbandry at the time, tabled the Comptroller and Auditor General’s report in the Assembly in December 1995, a few months into his second term as CM, the scam came to light. During Lalu’s tenure, the animal husbandry department made fraudulent withdrawals of bills totaling Rs 950 crore, according to the audit, which noted delays in the Bihar treasury’s monthly accounts and warned of suspected money laundering.

Impact of Lalu’s Conviction on his political career

Lalu’s political career has been shadowed by the fodder scandal for 26 years, usually without damaging his party’s electoral results. Lalu had to resign as CM in 1996, but his wife Rabri Devi took over. Rabri was re-elected in 2000, and Lalu was Union Railway Minister in 2004. After his initial conviction in 2013, Lalu lost his Lok Sabha seat, but his party won the 2015 Assembly elections in a coalition with the JD(U) and the Congress. Despite being in opposition, the RJD remains Bihar’s single largest political party.