Home » Manjamma Jogathi | From a Beggar to a Padma Shri awardee

Manjamma Jogathi | From a Beggar to a Padma Shri awardee 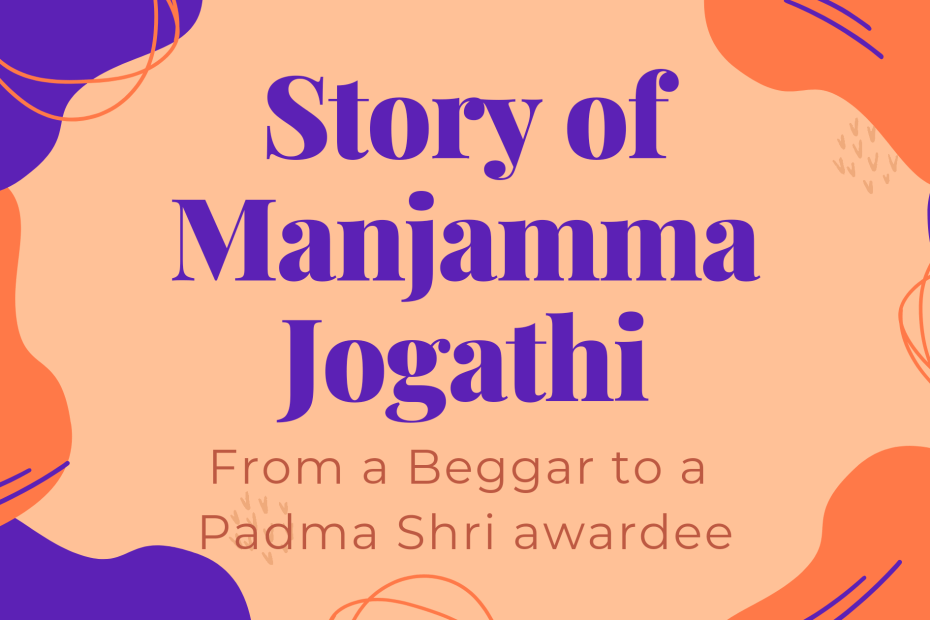 Hey guys, Welcome to FactsMinister. Today we are going to talk about Manjamma Jogathi. Her amazing story and achievements.

Manjamma Jogathi is an Indian Kannada theatre actor, singer, and  a North Karnataka folk dancer [Jogathi Nritya]. In 2019, she became the first transwoman to lead the Karnataka Janapada Academy, the state’s leading folk arts institution.Indian government awarded her the Padma Shri award in January 2021 for her contribution to traditional arts.

Manjamma Jogathi was born as Manjunath Shetty in the Ballari district of Karnataka. The starting behavior of Manjunath was quite weird. He never mingled and talked with boys and always felt happy to be with girls’ companions. In class 7 th, his father got to know that the Manjunath was transgender as he used to wear girl’s attire in private places. The family was shocked, and they performed a ritual of giving the child to the god [muttu kattodu]. By this Ritual, Manjunath became Manjamma Jogathi.

Manjamma’s journey was not smooth; it was full of hurdles. After the ritual, she became a Street beggar and sold four idlis for one rupee for her living. She was beaten and sexually abused by people. At one point in time, she attempted suicide too but failed in doing so. Ultimately, she took the courage and started Jogathi Nritya, a dance form of the North Karnataka region. She became an expert in this art and performed it in many places. people all around the state appreciated her art. Manjamma, after a few years, became the president of Kannada Janapada Academy, a major body for performing arts [ This was the biggest growth in her life from attempting to commit suicide to becoming president of Janapada Academy]

After knowing her story and contribution to the field of arts, the government of India awarded her India’s fourth civilian honor – Padma Shri. She wore a red full-sleeve blouse and a violet saree with golden color borders on the red carpet of the Rashtrapati Bhavan at the Padma awards event. Jasmine garlands decorated her head, and green bangles encircled her wrists. She greeted President Ram Nath Kovind with her special style of dance. This video of her greeting to the president went viral all over social media. praising her determination. After receiving the award, Manjamma couldn’t believe what she was witnessing. It was an unbelievable experience for her.