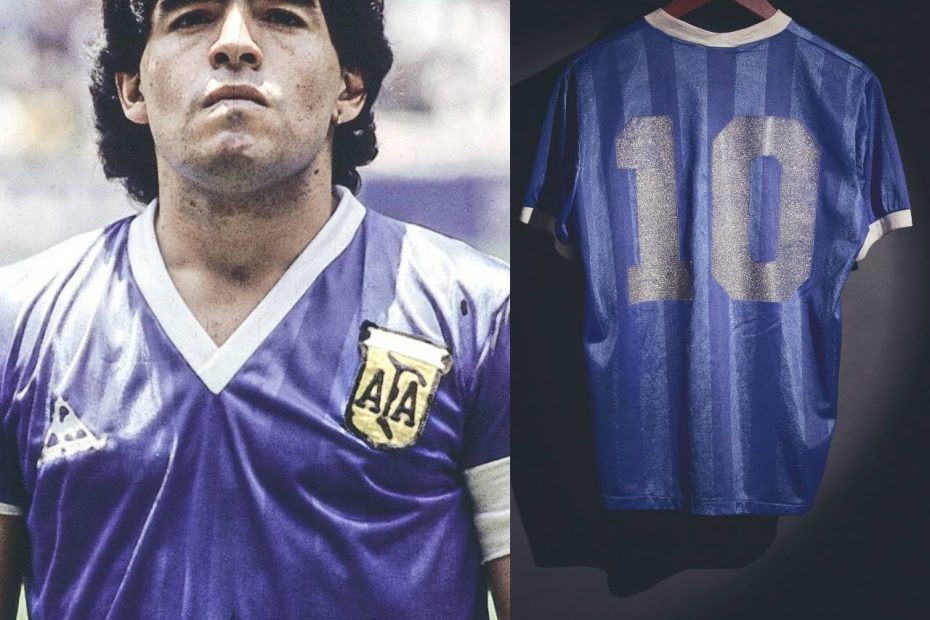 The shirt worn by Diego Maradona, in the world cup quarter-final match against England in the 1986 World Cup, became the most expensive sporting item ever sold at auction. This shirt was sold for approximately Rs 67.58 crore (7.1 million pounds) in the auction that ended on Wednesday. This has become the most expensive jersey a player has worn in a game.

The “Hand of God” Jersey

The iconic ‘Hand of God’ goal was scored in this jersey during the quarter final against England. Maradona attempted to score with a header in this match, but the ball allegedly struck his hand and went into the goal post, which the match referee failed to notice. However he did provide the team with a memorable victory because of his outstanding foot skills in the entire match.

The Historical significance of the match ; Buyers name undisclosed

The game, played in Mexico City on June 22, 1986, was even more significant as Britain and Argentina fought for the Falkland Islands four years ago. Maradona later claimed that the goal was a mixture of his head and the hand of God.

The auctioneer Sotheby’s announced that Maradona’s jersey had received a record £7.1 million bid. He did not provide any information about the buyer.

Maradona‘s goal was named as Best Goal of the Century

In a FIFA referendum in 2002, Maradona’s second “hand of god” goal in the match was chosen the finest goal of the century. Argentina was crowned champion after winning the semi-finals and final by a score of 2-1. Maradona swapped shirts with England midfielder Steve Hodge after this match. Until today, he had never sold it. It has been on loan to the England National Football Museum in Manchester for the past 20 years.