Home » Mass Protests in Peru Over Rise in Fuel Prices

Mass Protests in Peru Over Rise in Fuel Prices 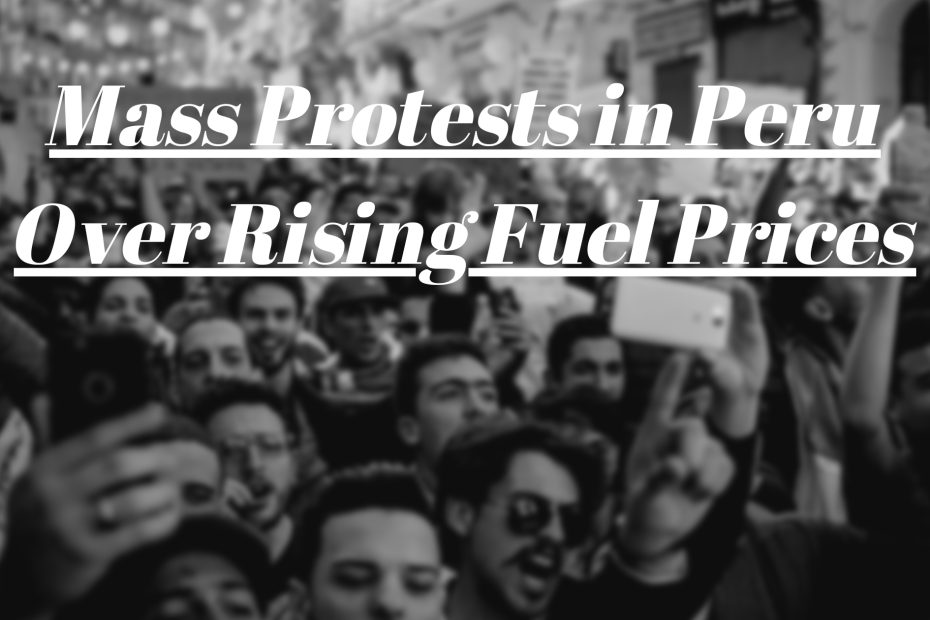 Following Sri Lanka, Peru is now experiencing a public outcry as a result of its inflation and other major economic crises. Protests are taking place. Arson and vandalism were reported in a number of cities. Following this, the President declared a state of emergency in Lima. Currently the president of Peru has lifted the lockdown and appealed to the people to maintain peace.

Peru, like many other countries, was already dealing with high inflation. However, the situation deteriorated following the Russia–Ukraine conflict. In Peru Inflation reached its highest level in 26 years following the war between Ukraine and Russia.

Russia is currently subject to a slew of sanctions as a result of its invasion of Ukraine. Potash, ammonia, urea, and other soil nutrients are also key exports from Russia to Peru. Energy, food, and fertilizer costs have risen dramatically over the world as a result of Russia’s sanctions. Their costs are also growing in Peru. The administration appears incapable of lowering prices.

As a result of the public’s outrage, the government is attempting to lower prices. The government recently announced that the tax would be repealed in order to lower petrol prices. In addition, the minimum salary will be raised by around 10% to $1,205 (about Rs 24,990) per month for 1,205 soldiers.

The country’s major labour union, the General Confederation of Peruvian Workers, however, slammed the salary hike as insufficient.

Protesters set fire to toll booths and fought with police. There are also reports of violent protests in a couple of other places. According to estimates, four people have been killed as a result of these events.

At the same time, the President’s popularity is plummeting. Last year, the left-wing leaders won a landslide victory. The rural poor, on the other hand, backed him vehemently. Protests have now become a concern for President Castillo in this situation. His approval rating has dropped by 25%, according to opinion polls.