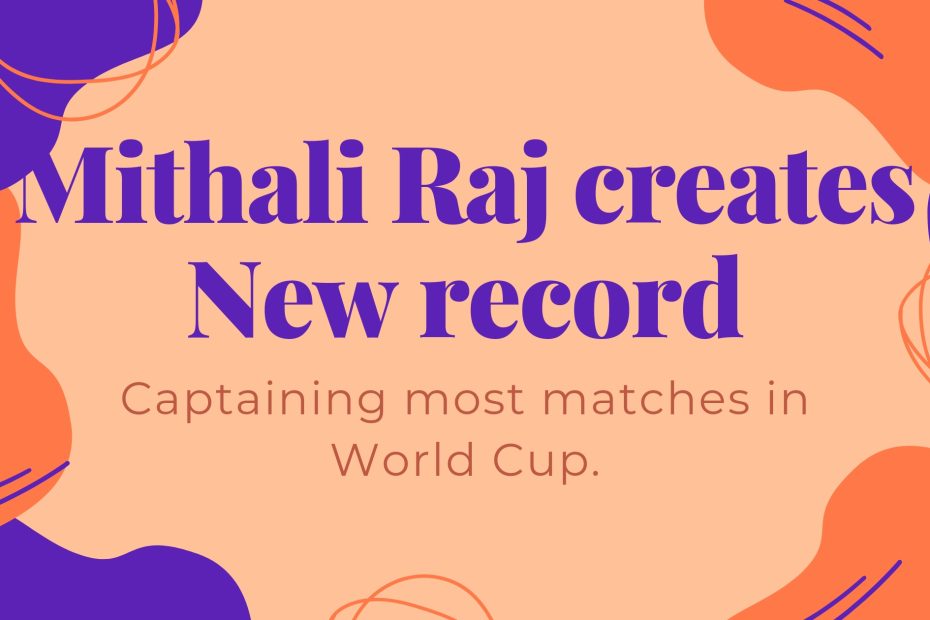 Mithali Raj, the captain of India’s women’s cricket team, has added to her already illustrious hat by being the captain with the most appearances in Women’s World Cup history. The 39-year-old accomplished this by sealing her position in the playing XI for the present match against the West Indies in Hamilton’s Seddon Park. Mithali made her 24th appearance as captain in the Women’s World Cup. Mithali outperformed former Australian captain Belinda Clark, who had led her country in 23 matches.

In terms of Raj’s leadership record in the ICC tournament, India won 14 games, lost eight matches, and one match was rained out. Mithali will seek to improve her record by winning most of the remaining matches in the current World Cup. As this might turn out be her last World Cup.

In their tournament opener, India routed Pakistan, but in their second game, they were beaten by New Zealand by 62 runs. New Zealand scored 260 runs in 50 overs to set India a goal of 261 runs. Amy Satterthwaite led the way for her team, scoring 75 runs off 84 balls. Amelia Kerr, on the other hand, hit 50 runs off 64 deliveries.

India were knocked out for 198 in 46.4 overs while chasing a score of 261. Despite Harmanpreet Kaur’s 71 runs off 63 balls, India were unable to secure victory at Seddon Park in Hamilton.

However India made a strong comeback in today’s match against the West Indies. And secured a mammoth victory by 155 runs. Smriti Mandhana and Harmanpreet Kaur made centuries in first innings while Sneh Rana was the pick of the bowlers.